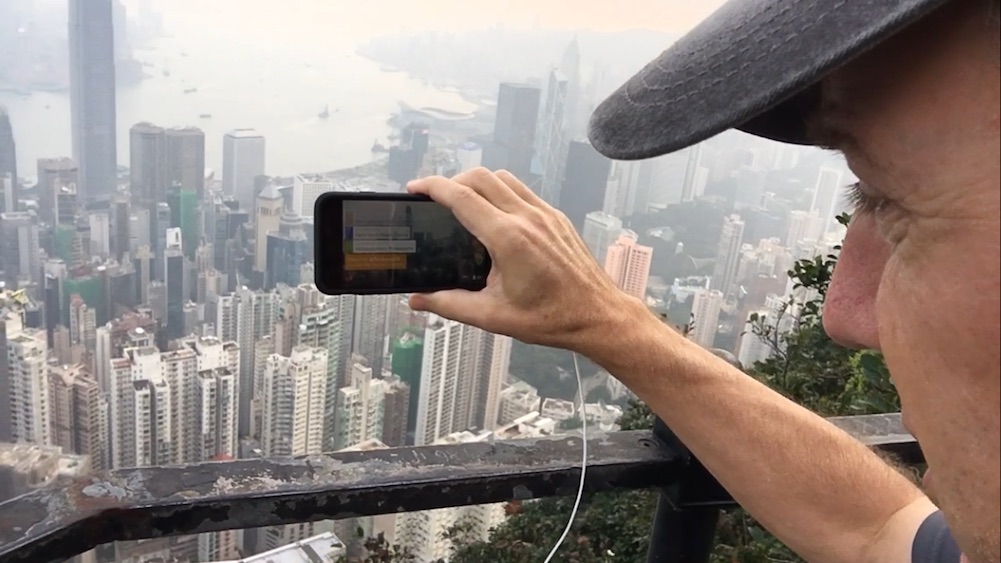 Let’s face some facts. Twitter, and thereby by extension Periscope, have a rough road ahead.  A series of high-level departures at Twitter and the more recent general overall layoff of employees makes people question what will happen to Silicon Valley’s “diamond in the rough” tech company. The attempted shopping of Twitter failed for various reasons, reportedly due to the cost and the nature of product (Disney et. al. doesn’t want anything to do with trolls and hate speech, etc). Vine, one of Twitter’s high-profile acquisitions was also shuttered this weekend, leaving millions of social media posts and users in a state of limbo. But just this week, Periscope took a step toward what could a brand new and exciting path for Twitter. Something that could rewrite the ways in which Twitter content is displayed and shared, and lead to a massive improvement in the product and strong growth with new users….should the parent company consider following this lead. One of the problems with Twitter (and social media in general) is the signal / noise ratio. Following your Twitter stream for insight into Politics or Technology or virtually anything else results in a number of messages (and considerable time) sifting through extraneous and unrelated content. It is possible to create lists of followers that tweet about specific content, such as a list of Football twitter users or technology tweeters, but even then you still have to sort through other content that is not relevant. A hashtag based search can result in 100s of duplicate messages as retweets and other posts of the same content get caught up in the more general search parameters. These consumer-based curations of relevant content are still fraught with far too many false positives. However, Periscope’s new group-based broadcasting system offers something unique and new to this dilemma:  Producer-based curations. Periscope has introduced “groups”, a method by which a social media creator can share content with a specific more granular group of followers.  A content producer can create a group of users, say “Personal Friends” or “Subscribers (should a pay-to-view system develop one day). Groups can be built around interests, such as “tourist and travel followers” or “technology fans” such that Periscopes being created can be pushed to those users who have the most interest and are most likely to appreciate the content. Periscope groups are thus showing a way forward for Twitter to escape the 140-character rut they find themselves mired in for going on the Nth year.  People have been asking for the capability to broadcast to specific groups for years, but Twitter has left Twitter lists as a “read only” functionality; you can see all the tweets from a list buy you can’t communicate directly with that group.  Periscope groups will demonstrate that you can push content to certain users on certain subjects and that there is a market for this more detailed and specific sharing of social media. This offers a tremendous future for Twitter. A way to grow their platform from beyond that a 140-character service but into something far more useful to creators and consumers. Broadcasting to groups, and conversely, the consumption of specific content from a group of users is a very exciting development in social media. Twitter should seriously consider not only following the Periscope group concept but taking it a step further to create a more flexible “following” option. You would have the ability as a consumer to follow people only for certain types of content. As a producer you would have the option of sending content to everyone or to only those users who will find it of most value (Periscope-like groups). For example, a consumer could subscribe to: @Penguinsix

Twitter would thus become a multi-disciplined social media platform, where you could still get the 140 characters of wisdom from people but also get new types of social media content as it becomes popular, be it photos, video, live video, or whatever else Twitter acquires in the coming years. Greater curation tools on both the creator and consumer side would render Twitter far more valuable to users. The platform would be set to add new features as they become available, bringing more and more people back to Twitter every day (hour) for more and more types of content without getting lost in the signal / noise conundrum of drinking from the social media firehose. Twitter has recently shut down the (once) popular VINE platform that they acquired only a few years ago. Without a doubt the VINE integration with Twitter was poorly handled. Getting “Vide’d” is now a verb amongst content producers who are very wary about putting time and effort into a platform only to find it getting nixed with a corporate reshuffle of the parent company. A very scary lesson for anyone involved in Periscope at this time. A system like this could have saved Vine (and could save Periscope). The existing subscriber base could be ported over to the Twitter in a flexible following platform after integration, such that if you currently are following someone on Vine or Periscope, your Twitter would now have a separate list of people you following only for videos (Vine) or live videos (Periscope). Twitter and Periscope creators would thus have access to a much larger potential pool of viewers as the sheer number of Twitter users would be now be more engaged in the Periscope system. Whether Twitter follows Periscope’s lead in this space is a big question. Whether anyone is even looking at expanding the platform is questionable as there are probably voices who are simply saying “let’s trim around the edges, give it a fresh coat of paint and sell it on to someone else.” But it would be pretty cool if they were thinking of something like this…  ]]>