squall lines and hail, the lightning and the smell, yeah, the smell of a storm coming through is something that you just don’t forget. So as I read about the horrible tragedy unfolding in the US and take a look at the pictures of small town middle America, I’m often saying to myself “I know what that town is like”.  I see the one water tower and grain elevator next to a railroad track that connects that town on to the next one, with the city being but an island in fields of corn and soybeans.  And as I sit here in my luxury high-rise in Hong Kong I watch and sort of think back to those simpler times when staying in the ‘safe room’ of the house was something ‘normal’. Yea, it is pretty weird.  But anyway–watch these two videos.  The first is the audio feed from a guy trapped in a gas station as the Joplin tornado comes into town.  You can’t see much but the audio is frightening.  The second is the day after–he goes back to the store where he was during the storm and you see how bad it really was.  Pretty amazing survival story.  ]]> 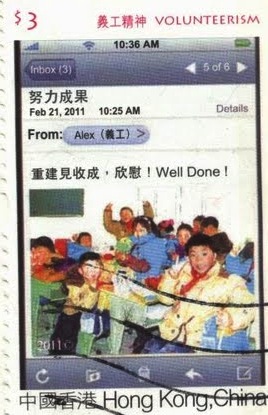 Was poking around the post office today looking for some stamps when I came across a new issue from the HK Post Office which looked oddly familiar. The Volunteerism series of postage stamps contains one stamp which shows an “An email from co-workers brings good news on school redevelopment. Children’s smiling faces in the photo are the best gift for the aunties and uncles volunteering in the project”.  The email is done as a message on an iPhone, complete with a battery indication, wifi and clock (but no carrier information).  Kind of an interesting, if low budget way of designing a postage stamp. Available from your local post office.  If you really wanted one shoot me an email or a comment and I’ll see if I can get one and mail it to you. They also have one that looks like a blog posting, if you are feeling really geeky:

$1.40 – A simple note and a green leaf on a diary page record happy moments of planting trees with mom. This shows that the seed of altruism has taken root in the child’s heart. $2.40 – A volunteer recruitment leaflet has been uploaded onto a blog to rally support from young people for a community charity event. $3 – An email from co-workers brings good news on school redevelopment. Children’s smiling faces in the photo are the best gift for the aunties and uncles volunteering in the project. $5 – A reminder on the calendar tells of an upcoming home visit with an elderly volunteer, conveying a strong feeling of worthiness among the silver-haired in caring about others. 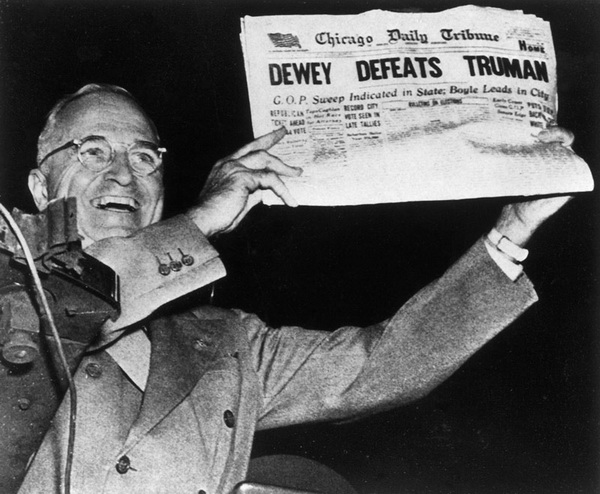 <![CDATA[Not sure why but I'm kind of hooked on couple new cop shows lately. &nbsp; <a href="http://en.wikipedia.org/wiki/Spiral_(TV_series)">Sprial, also known as Engrenages in France, is a sort of Law and Order meets the Wire.  It tells the story of vicious crimes, really heinous ones actually, from the perspective of the a special police unit investigating them, the prosecutor leading the investigation, and the French judiciary through the eyes of an “investigating magistrate” (which is sort of a cross between a judge and a prosecutor).  The series is in French and stars your standard screwed up cop who is partnered with an even more screwed up colleague, along with a ‘good cop’ who is their foil and friend trying to keep them on the straight and narrow. 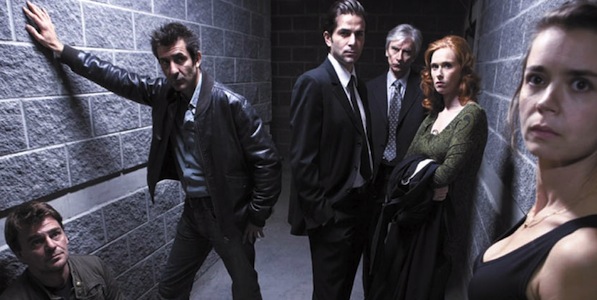 The show is definitely worth watching.  The BBC is currently airing season 3 but seasons 1 and 2 are available on DVD (Spiral – Series 1 and 2 Box Set [Region 2 U.K. Import]

).
It’s in French with subtitles, but it doesn’t take away from the suspense.  It’s been likened to the Wire though it’s not as intricate nor does it involve as many characters, but the story lines are depressing and the definition of ‘good’ is not necessarily who is on the side of the law or opposed to it.  Also like the wire, you need the subtitles (in the Wire they often used street slang that made no sense to the millions of suburban white folks who watched the show).   The Killing is also on the BBC as part of their European crime fest but has also been picked up by AMC as a new show that is getting rave reviews (you can catch Season 1 of The Killings on iTtunes:  The Killing, Season 1 – The Killing) As I haven’t seen the US version I’ll focus on the Danish one, called Forbrydelsen (which literally means ‘the Crime’ I think), which tells the story in twenty episodes of twenty days in the investigation of a missing girl.  A female detective and her rather aggressive partner / replacement try to solve a complex murder as the story jumps between the victim, the police, the families involved and a local politician with a (tangential??) interest in the case. The American version is a similar story but with different possible suspects.  They’re only on episode 6 so I’m not entirely sure how it will end up. Anyway, if you can’t wait for the next Wallendar here are a few options to get you through the day. Now to go buy a book by Jo Nesbo new Norway writer who is the next “Stieg Larsson” so they claim.   [caption id="attachment_3472" align="aligncenter" width="600" caption="DCI Sarah Lund, though you can't see her sweater."] 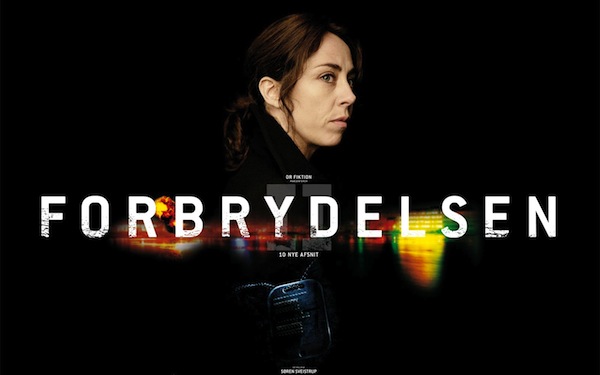 [/caption]   [caption id="attachment_3470" align="aligncenter" width="600" caption="Just thought this was an amazing scene as they pulled out the victim from the water."] 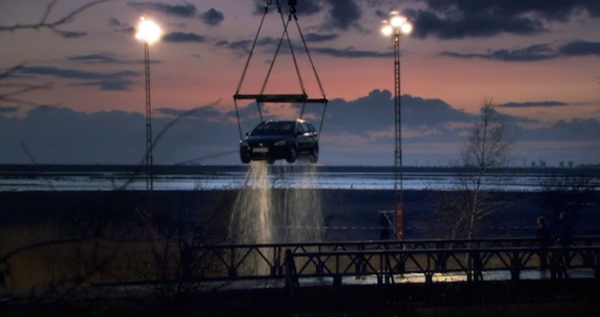 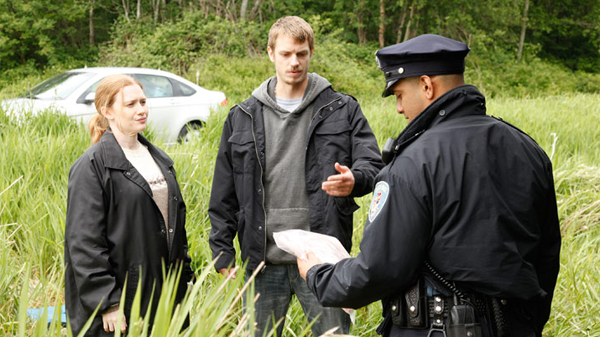