UK newspapers about a study that shows a vegetarian diet is harmful to children in their growing years. I’ve always been shocked by the fact that some of the sickest, well “sickliness” people I know were vegetarians. They were always kind of weak when confronting a cold or the flu, and never had the same energy level that I as a carnivore seemed to have. Of course, my observations do not a study make, but it is interesting.]]>

http://www.mardep.gov.hk/en/pub_services/arridepa.html Ok, here is a nice photo on a clear day of the McCain. 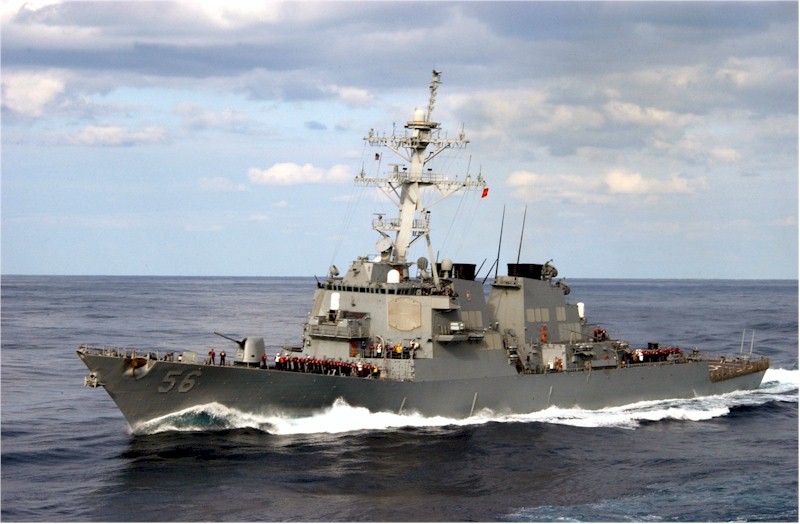 The Guardian reports that the US has 110 free-fall gravity nuke bombs in England. This is part of the 480 odd tactical nukes kept in Europe. Not really sure what they are deterring but I guess you have to keep them somewhere.]]>

Kekexili is a great movie you haven’t seen but you should. It’s the true story of the Tibetan antelope, which once numbered in the millions but was poached and hunted down to 10,000 animals in the mid 1990s. Some local Tibetan tribesman were so incensed at the slaughter they took it upon themselves to form a “Mountain Patrol” and protect the antelopes. As the poachers had guns, so too, did they. Led by a retired Chinese military officer, the Mountain Patrol fought a number of fierce battles against the poachers up in the Tibetan countryside. We’re talking AK-47’s battling from Land Rovers over the mountains and valleys of the Tibetan desert. Following the murder of one of the patrol, a journalist went out to cover their story. What he saw (and I won’t spoil this for you) shocked him so he came back to his paper and basically threw the normal communist-inspired self caution to the wind and wrote about everything. BOOM! A national uproar about the conditions of the antelope and the government’s indifference made a huge impact not only in China but in those Western countries importing the pelts. It is his writings that have been turned into this movie, which at times appears like a documentary. The film won all sorts of awards in China and premiered in the states at Sundance. If you can get a copy, I’d recommend watching it. I have no doubt that it will come out via some Indie theaters. Basically, if you think you are an environmentalist because you give $5 to Greenpeace, pull your head out of your rear and see what some people have to go through to protect the environment. ]]>

Do I look cold? I was. It was -11 C which is like 12 F in normal people temperatures. The winds in Beijing could knock over an elephant so you know the wind chill was obscene. Nevertheless, we did make it to the Forbidden City where we walked around in the footsteps of the emperors, emperesses, and the actors and actresses that play them. My wife loves Chinese Emperor movies and mini-series so a lot of the exterior scenes from those movies looked more familiar after seeing the Forbidden City in person.]]> 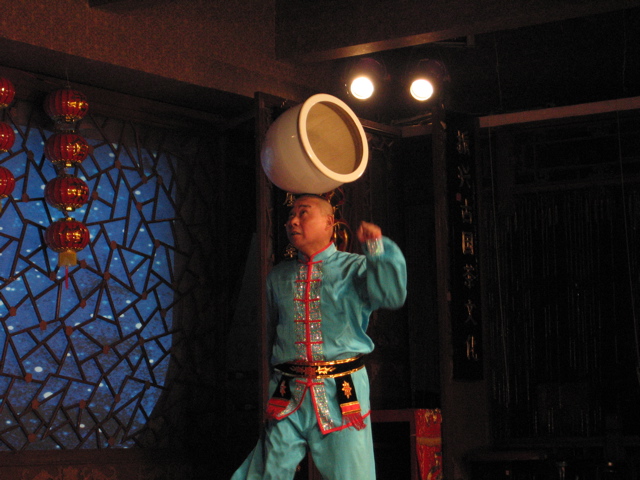 Live from the Lao She Teahouse it is a man spinning a flowerpot on his head. He was actually pretty good at balancing this thing–a craft that led to a slight knot on his head that I think helped steady the crockery. They also had some dancing, Beijing Opera, a comedy show (in Chinese) that made the locals howl and left the westerners stone-faced (it was funny if you had a translator). They also had 4 guys play instruments next to each other, which was neat as they reached over and strummed and plucked each others instruments as they played. All and all, it was pretty neat. ]]>

Baidu.com which is the largest search engine in China (and essentially, well, soon, the world). Baidu is going IPO sometime soon so a lot of folks are very excited about Baidu. I also met with folks at Student Times, which is an English language children’s newspaper that is spreading like wildfire across the country. As I mentioned last year in China, the desire to speak English is huge amongst the young, and a newspaper like this is perfectly positioned to take advantage of this growing market. I also met the game folks at Sohu.com and the founder of Dudu.com and Mop.com. Mop.com has a radio station which I’ve already added to the PenguinRadio database. Our last meeting was with the folks seeking to bring the xbox to China, which, believe it or not, is a real bear. Not only is their the price issue, but there are a lot of government regulations on console games being brought into the country. The actual Xbox device has not been approved for sale because of the influence it has on people. ]]>

<![CDATA[I'm Beijing with almost no net access. Will post more from Hong Kong tonight when I get back to my machine. cold here. very very cold. like ice cold. ]]&gt; </p>