<![CDATA[Given my <a href="https://penguinsix.com/2011/03/29/my-sucker-punch-movie-review/">recent review of Suckerpunch, I thought I’d continue along the same vein of films that in which I was “sold” based in large part on scenes from the trailer. For example, the picture along the right here probably goes a long way to explaining why I wanted to see the movie Gantz. 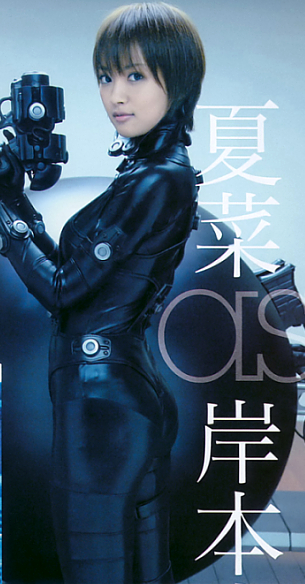 Gantz is a manga series in Japan that has developed quite a cult following. The storyline is basically follows two lead characters, childhood friends who after a long absence find themselves rescuing a drunk from a subway track moments before they are both hit by a train. They die, but rather than end up in an afterlife their stuck in a rather odd sort of a limbo in the shape of a small condo in Tokyo filled with a half dozen other recently deceased and a giant black orb. Eventually, after the arrival of a naked woman shown on the right, the orb tells them they have a mission to hunt aliens (for points that can eventually set them free) and it arms them with weapons and special suits (see the pic, again). Yada-yada-yada. The film was ok. Nothing to change my view of the world or lose sleep over (unless of course I have dreams of the aforementioned picture on the right). The story was ok, though some of the special effects ranged between interesting and sort of low-budget. What made Gantz rather infamous was the fact the graphic novel was very graphic. Extremely graphic. If they made a movie true to the novel it would probably be rated-X for violence. It’s also pretty sexual in nature (I think in one of the books they have a sadistic rapist reincarnated who takes pleasure raping aliens before he dispatches them). Some have pointed out that the lack of extreme violence has watered down the film to a point that true fans will be turned away and new fans might be a bit alienated. That’s not to say it’s splatter free. You don’t just kill an alien with a sniper rifle. They have to be shot with a blaster that blows up all different colors of slime. But compared to what some might be expecting I gather this was quite a bit tamer to sneak in with a PG-13 rating or below. Personally, the last thing I felt like watching was a vivisection film, even if they were alien arms and legs. [caption id="attachment_3398" align="aligncenter" width="600" caption="If your friend has a coffee table that looks like this, be afraid."] 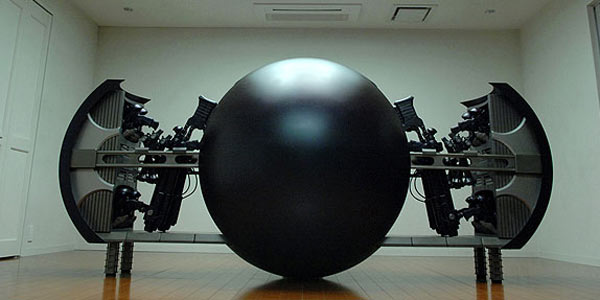 [/caption] What might turn away casual fans is the dubbing into English. Apparently the guys who did 1970’s kung fu dubbing have been pulled out of retirement to create one of the worst dubbings I’ve seen in quite some time. Ridiculous pauses and verbal intonations render this at times laughable. But in the end I got what I expected. A quick movie about the world of Gantz (which will be followed by a sequel released in Japan later this month). I have to say the extreme gore of the manga is probably keeping me from be a more fanatic follower of the series, but it was worth checking out as a stand alone film and story. I will watch the sequel just to see more of the woman on the right (despite whatever plot twists might occur in the next film that I won’t reveal) but don’t expect me near the comic book shop anytime soon buying the book. UPDATE: There is an iPhone app for Gantz. GANTZ movie – T-Basic. Inc.]]>