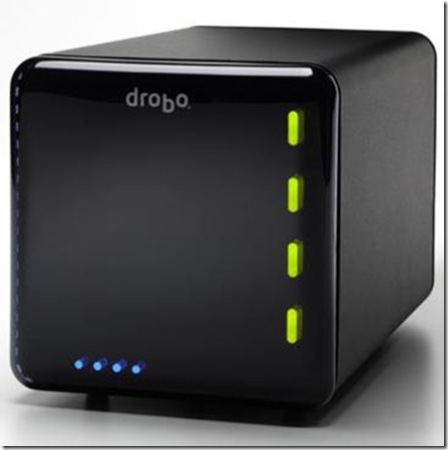 Will this be under your tree next year?

A year ago the gift of gifts for Christmas was a GPS unit.

A few weeks ago, one of the surprise bit hits was the iPod touch (some Apple stores even sold out).

So what will be seeing next year? Well my guess is Networked Attached Storage (NAS) or in more plain English, a ‘home server’.

Techies have been running ‘home servers’ for years now. Taking old computers and gutting out some of the unnecessary items, they’ve loaded them up with hard drives and use them as ‘backup systems’ for the house, or as a central repository for all the photos, video and music that they play. These systems were nice and useful, but not exactly user friendly for people who have never opened a computer, and often resulted in higher utility bills as running a full desktop machine can cost quite a bit in electrical costs.

But in the last 12-24 months, we’ve started to see ‘made to order’ type systems be rolled out. Windows actually is a bit ahead here in having the Windows Home Server running on a number of devices from companies like Hewlett Packard with their Media Vault

that lets you have a centralized data repository in the home. Apple has a small device called the Time Capsule that is used for their backup systems, and there are rumors of a new multi-drive device coming out soon from Apple (but it wasn’t introduced today at Macworld so we’ll see).

is a nice system, though limited at the moment by the fact it is a ‘tethered’ system rather than true stand alone (it connects to the machine via USB or Firewire, and the Ethernet bridge is sort of ‘iffy’). When Drobo comes out with a Version 3 soon (that is truly networked / Ethernet) I suspect we’ll see a number of these start selling.

As more and more people move entirely digitally (I myself have 30gb of photos and nearly 1TB of video) the need for a backup and storage system becomes more pronounced. As families start to add more and more computers to the house, realizing that ‘one is never enough’ you start to see a desire to share documents and sync data.

We’ll see what CES brings out, but I strongly suspect by Christmas 2009 you’ll be seeing quite a few NAS devices on the market and this being quite a thoughtful and wise Christmas gift.