<![CDATA[ <p>About two seconds after the announcer on tv said “these kids are representative of the average kids in China” my friends (from China) all said ‘bull crap”. The kids were dressed in fancy ethnic costumes of the 56 various ‘minorities’ in China but if you looked at them they were all very attractive and cute, and as we found out recently, all members of the Han majority. 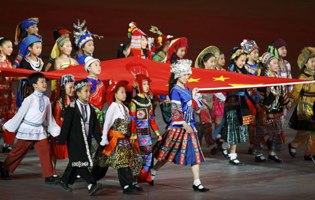 In other oddities, the soldiers who were inside the ‘Chinese characters’ demonstration have admitted they all wore adult diapers as they were in place, under the stadium, for upto seven hours before the ceremony with no time for a toilet break.