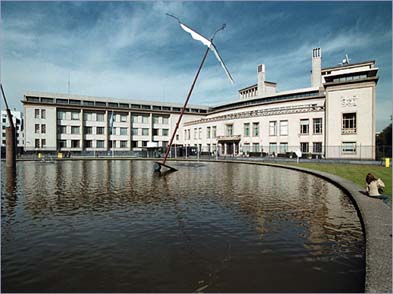 The War Crimes Tribunal at the Hague may hear the allegations raised about both sides conduct.

Human Rights Watch has started sending investigators into South Ossetia and Georgia and is demanding the Russians begin to provide proof behind their claims of ‘2,000 dead’.

Anna Neistat, one of the researchers, said by telephone from Tskhinvali, the capital of South Ossetia, that they had found no evidence so far to substantiate Russian claims of widespread brutality by Georgian troops.

Human Rights Watch has been able to confirm fewer than 100 deaths — a far cry from the death toll of 2,000 regularly cited by Moscow.

This demand for accurate numbers is being talked about in the British press as well.

Meanwhile Russiatoday is reporting that people are still in hiding in some places in South Ossetia and that Russian rescuers are still pulling bodies out of the rubble. Pravda is also reporting on memorial services being held across Russia. Pravda’s headline though shows the limits of their English translation abilities: