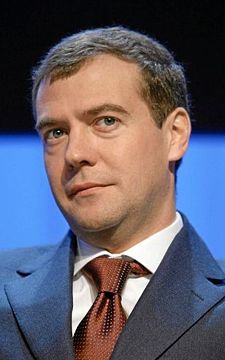 With the whole world calling Russia a ‘big brother’ getting unfairly involved in someone elses fight, you’d think the government their would have thought of some better wording than ‘punishment’ to describe their operations in South Ossetia. President Medvedev was given permission to speak by Putin announced that Russian forces would cease operations, though under the rules of engagement if they were fired upon they would ‘destroy’ the ‘aggressors’.

This follows a public statement by Bush, and likely some very private threats as well. My speculation is that Russia was given a choice, cease fire now, or face the prospect of a combined US-European ‘announcement’ that NATO peacekeepers and other military forces would be sent to the region, or a an immediate granting of NATO status to somewhere like the Ukraine, which would have been a greater long term loss to Russia (Ukraine told the Russian is may bar Russian ships from returning to port in the shared Navy base in the Crimea). Of course as I outlined yesterday military troops on the ground were not realistic, but a press release or joint statement by the West saying that peacekeepers would be dispatched with all due haste would have turned the tables on the Russians, either pull out losing face, or stay in and a) depose the government, something they claimed they were not doing or b) face the prospect of fighting the West, something neither side wanted.

Face-saving is not just a Chinese concept.