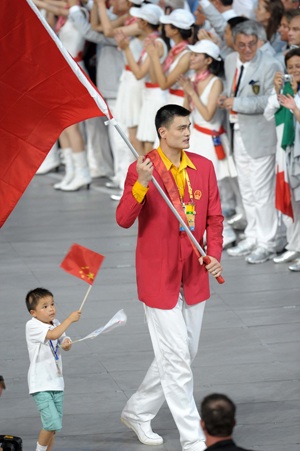 The story of Lin Hao has made headlines around the world as his cute face and smile captured the hearts of many around the world. But today we learned the whole event almost didn’t happen as security guards, unaware of his role in the parade, refused to admit him to the stadium. As people grew more and more nervous about him not arriving, finally a senior official had to go out and physically drag him in past security.

Lin is a second-grader at the Yuzixi Primary School in Yingxiu Town, Wenchuan County. Wenchuan was the epicenter of a devastating earthquake on May 12 that killed over 69,000 people. Lin is credited with keeping the spirits up of his trapped classmates by singing songs and after he was freed he went back into the rubble to help rescue two of his fellow students.