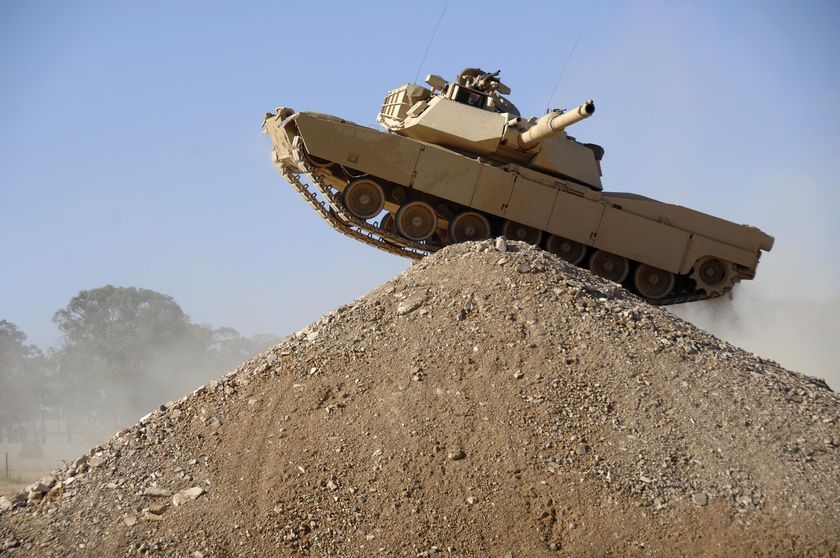 Just what they need (not). I guess some in the Pentagon are envisioning an Iraq without a couple of US Armored divisions playing in the sand.

The Defense Department agency said it has notified Congress of the proposed sale of 140 M1A1s to Iraq. Under the project, the United States would then upgrade the M1A1s to M1A1M configuration in a $2.16 billion deal.

Using a brick to stomp on ants if they use them against the insurgents. So I wonder what they might be used for?

They aren’t going to have that much luck in the inner cities of Iraq with their narrow roads and whatnot, but maybe out in the open desert against another tank force they might have a little better time. Hmmm…let’s see. Kuwait to the South. Been there, done that, lost the t-shirt. Saudis to the South, which already have M1s of their own. Jordan to the West. Not much of a threat there. Syria and Turkey to the north. The former a paper shell, the latter filled with mountains. So I guess that leaves by ‘default’ Iran to the East. Wonder what they might need tanks for against Iran?