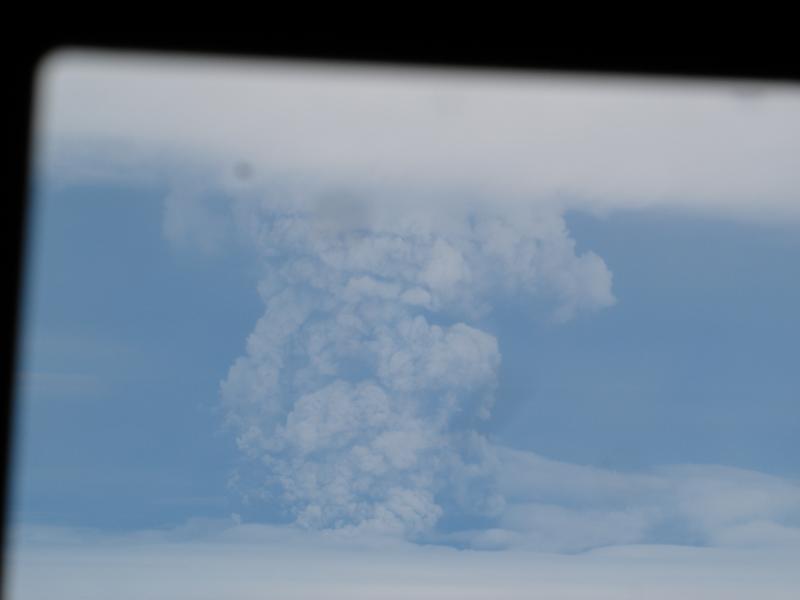 A remote island in Alaska had to be evacuated by sea after a the volcano Okmok Caldera erupted, sending a plume of ash and smoke nearly 30,000 feet into the air as this Coast Guard photo shows. More info from the Alaska Volcano Observatory .

A fishing vessel had to rescue 10 people from a remote farm after a Coast Guard rescue helicopter had to put down in Dutch Harbor due to ash and smoke in the air.

The Anchorage Newspaper is also covering this story.