<![CDATA[Hong Kong, with 7.2 million people and a FIFA ranking in the 100s or so is nowhere near getting into the World Cup Finals this year, but it got me wondering if it is just a matter of not enough people to field a team or something else.  So I did a bit of Googling and came up with this list of countries in the World Cup finals, ranked by population. <script type="text/javascript">document.write(““);

in millions     Would be interesting to do a list of countries by number of soccer pitches. I think HK would be at the bottom of that one, probably even behind Vatican City and Monaco. The US Census did an interesting graphic on the World Cup and population. Let me see if I can get that in here too. 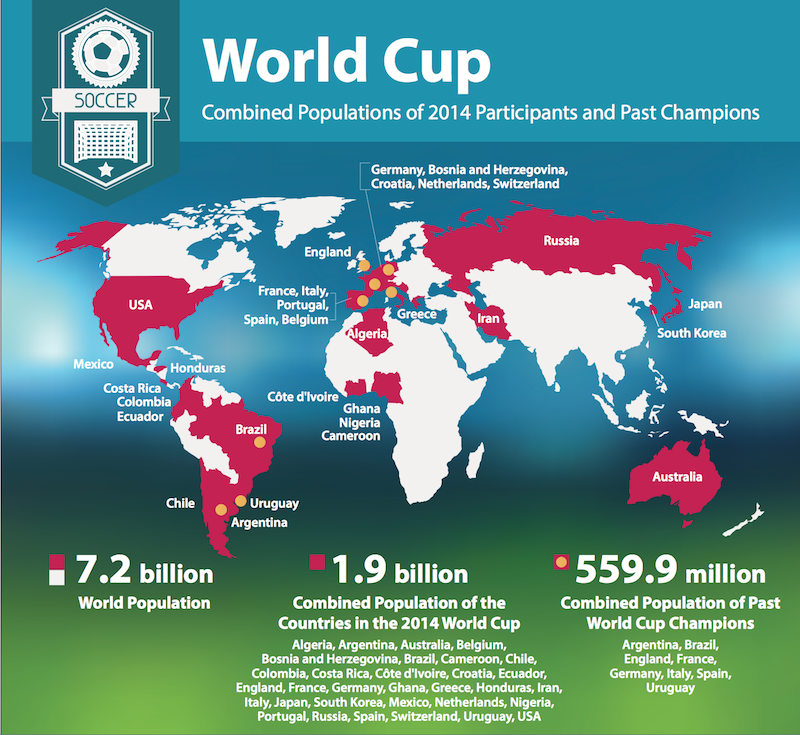