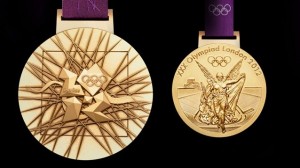 As we near yet another Olympics, the old debate about how to rank Olympic Medals is likely to come up once again. I’ve written about it in 2008 and 2010, so probably best to do an update as we kick off the London Olympics in 2012. Under the Olympic Charter, there is no “official” list of medals by countries.  It is forbidden:

The IOC and the OCOG shall not draw up any global ranking per country. A roll of honour bearing the names of medal winners and those awarded diplomas in each event shall be established by the OCOG and the names of the medal winners shall be featured prominently and be on permanent display in the main stadium.

Since the games in Australia however, the press office started to issue “advisories” showing how nations were doing, and in these advisories the rankings were by the number of Gold medals first, followed by Silver, then by Bronze the so-called ‘Gold First’ standard.  The United States media, and their counterparts in Canada, have consistently ranked medals in a different manner, the so called ‘Total Medals’ standard.  In 2008, this led to a ‘split’ where the world’s media declared China the “Winner” of the 2008 games as they had the most Golds, but the US media also felt the US did the best as they had the most “total medals”.  However, in 2010, Canada had the most Golds, followed by Germany, then the United States, which also had the most medals.  This confused many in the European press as the official Olympic tally from the Vancouver Press office was listing in the ‘Total Medals’ format which showed Canada not have the best record. At the close of the 2008 Olympics, IOC President Jacque Rogge said that the IOC had no position on which table is better.

So as we move into the London Olympics, I found it interesting to see the official ‘medal table’ on their website goes both ways.  Those who want the Gold first standard can click the sort button by Golds, but those who prefer the Total medals count can sort by the totals. We won’t likely see a determination as to what is better / worse in this Olympiad, but more and more voices are starting to complain the emphasis on “Gold” is neglecting the development of some athletes and sports in countries with limited resources to put forward for their Olympic team.  Whether we see a further discussion about this after the Olympics remains to be seen.  Maybe I’ll do another post when we get to 2014.   ]]>