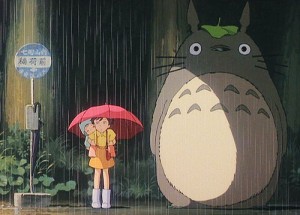 I’d like to say that I “discovered” Studio Ghibli and Hayao Miyazaki this week, but the truth is a bit more nuanced. I’ve known of some of the later films for some time now, from Howl’s Moving Castle

which even won an Oscar a few years back. But like the first drops of rain that has you questioning “is it raining” my experience with their films has been on the periphery, rather than a torrential soaking. But now that I have kids the excuses have come to an end. About a month ago I made the kids sit through “Arrietty” or The Secret World of Arrietty

as it was called in the US. We followed that up this week with My Neighbor Totoro

which has been on basically daily rotation with the boys. Watching the giant forest spirit Totoro bounce and pounce and smile has the kids humming along the theme song, even though the lyrics are in Japanese. We followed up with Kiki’s Delivery Service

and I watched “Spirited Away” the other night while nursing them through some colds (thank god for the iPhone). The kids watched a bit of Ponyo

but it was in Japanese so they tired quickly from the subtitles. Ghibli is called the “Disney of Japan” but that’s really a misnomer. The cartoons are far more complex than your standard good vs. evil with an odd speaking sidekick that passes for Disney animation today. Often told from the perspective of a young female lead (as compared to the more male-dominated cartoons of Hollywood)

Since 1984, under the auspices of its founder and chief auteur, Hayao Miyazaki, the studio has rolled out a succession of dense, ambitious fantasy adventures, almost all of them led by strong, intelligent, independent-minded girls. Miyazaki’s movies are exciting and fantastical, often involving flying machines, ecological disasters, clashing civilisations and precarious spiritual values – all rendered in clean, colourful, hand-drawn animation. His heroines also tend towards a certain type. They are adventurous and active, but also compassionate, communicative, pacifist and virtuous. Their “female” qualities and childish innocence are often what resolve the crisis at hand and bridge conflicting worlds…. “He thought heroism was much more complicated than that black hat/white hat stuff,” explains Helen McCarthy, a British author who has written extensively on Miyazaki and Japanese animation. “By making the hero a girl, he took all that macho stuff out of the equation and that gave him the freedom to examine heroism. His career has been a very beautiful building of an idea that the feminine doesn’t preclude the heroic.” 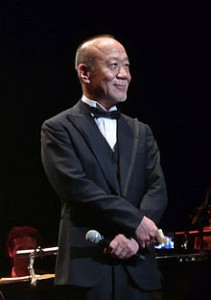 There is also quite a bit about a casual, rural lifestyle that comes out in several of these films. The sounds of the crickets and grasshoppers and the rainbow of fresh flowers and plants are common elements in many of these films, harkening to perhaps a more simple way of living through the more complex reality that we now face. I think one regret about Hong Kong is that my boys have not played in the mud frequently enough, worried as we are about the polluted air or dengue-fever dripping mosquitoes. You’d think PIXAR and Ghibli would be almost opposed to each other, but apparently there is a great deal of mutual respect between the two.  Miyazaki has visited the PIXAR offices where he found all sorts of stuffed animals and other hints of Ghibli merchandise strewn about, and Pixar employees would often get together to watch these films, even giving Totoro a small cameo appearance in Toy Story 3 (I guess I should mention that Disney has the rights to distribute Studio Ghibli movies in the USA). But as I sat googling more information about the films and whatnot, I found myself frequently pulled back to Youtube for musical clips from the different films. The soundtracks of some of these films has been all I’ve listened to this week, and got me to realize that I’ve been away from classical (even the neoclassical music) a bit too long. Such is the life of an uncultured slob. Most of the works are done by a Japanese composer named Joe Hisaishi, sort of a neo-classical star in the world of music and one that I think has been far too overlooked in the USA. While he produces some catchy songs like the Totoro theme, sung by all kids in Japan and even a few adults, and even some John Williams-esque marching songs like the Castle in the Sky, he also has some deeper music, dripping with emotion at times. The Path of the Wind, which is sort of an ambient track throughout much of Totoro, is a hauntingly beautiful piece.  I actually discovered a full concert from the Budokan celebrating 25-years worth of music, and am already working on getting the DVD from Japan. I think a hidden secret in the world of classical music is that many of today’s musicians actually got their first introduction to classical music from Bugs Bunny. The Rabbit of Seville is actually ranked as one of the top cartoons of all time and many kids learned classical music from Saturday morning fare. So now I’m playing these songs to my kids, hoping that some of the hooks and rhythms stand out in their mind as they grow older.  My oldest, who has a good understanding of music, is already recognizing certain songs and saying “Dad, stop humming Totoro” before he starts humming it himself. Anyway, here is a bit of a playlist for you to peruse.  Close your eyes and try to visualize your own cartoon as you hear some of these songs.  It’s not hard to do. Path through the Wind Kiki’s Delivery Service Laputa Castle of the Sky (time to storm the castle) Tonari No Totoro Theme And if you have the time, a full concert at the Budokan by Joe Hisaishi. I’m still trying to find the DVD of this. ]]>

One thought on “How watching cartoons helped me realize I'm an uncultured slob.”