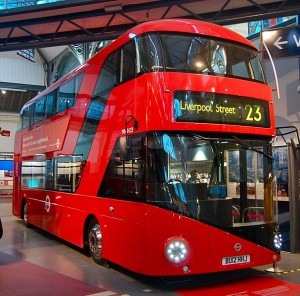 For those who don’t follow me on Google+, I’ve talked recently about the new buses that are to be introduced in London based on the iconic Routemaster designs.  These new buses, built in Northern Ireland, will be placed into service over the new few months years and will bring a hint of the old style with a liberal dash of the new design.  Personally I think it’s a beautiful looking bus. The first bus was “introduced” to London the other day with Boris Johnson, Mayor of London, gallivanting all over town with it.  Then they decided to take it back to the HQ and it ran out of gas. I’m not mocking the new bus or the rollout, but bringing this up as an example of even the best laid plans sometimes fall apart. So many in the tech industry see a new product get launched and then go absolutely bat crazy bonkers when something doesn’t work immediately, on day one, the way it should work after three years of beta-testing.  I’ve had to deal with this as well when creating some new product or site and having little bugs pop up unexpectedly that we didn’t have the time, money or staff to debug properly. That’s kind of why whenever I see a major site like Google or Yahoo or CNN go “down” I take a screen capture of the page.  Even they have problems now and then such that my own foibles don’t seem quite as bad. Anyway, can’t wait to get to London and try out this new bus. ]]>