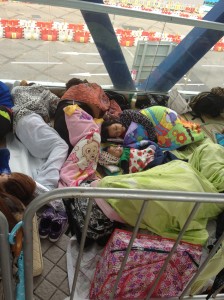 7 thoughts on “Massive crowds on hand for iPhone 4S launch in Hong Kong 24 hours prior to sale.”