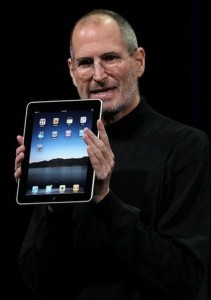 Monday we had Steve Jobs announcing another medical leave of absence (get well soon). Thursday we had Eric Schmidt of Google announcing a change in focus as he steps down from the day-to-day. Also on Thursday we had HP announcing the resignation of four directors and the appointment of Ebay’s Meg Whitman to the board. Quite a shakeup for one week.  One wonders if this Friday will bring anything else. I also still wonder about the future of the Valley.  Many of the older school leaders in Silicon Valley remember when there was still Silicon being used in the Bay Area.  Now it seems SV stands for “Social Valley” with all sorts of startups surrounding the social networking sphere.  There was quite a bit of tech involved, whereas much of the new ‘social revolution’ really smacks me of just a ‘publishing’ revolution that is occurring on top of the technology of built last decade.  Some (European papers) are even rubbing their hands with glee that perhaps the luster has worn off in Silicon Valley.  Not quite yet I think, but who knows what will come in the next decade.]]>