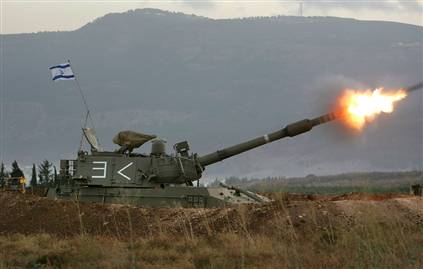 The Washington Post is writing that a huge debate is underway in the Pentagon about counterinsurgency vs. conventional warfare. This has been a constant battle since conventionally trained forces (i.e. battling the Soviets in Western Europe) arrived in Vietnam many decades ago, but it has been heightened by the collapse (and resurrection?) of the Russian military along with the wars in Iraq and Afghanistan.

The discussion about this has taken a relatively small ‘war’ and turned it into a bellweather phrase in the Pentagon to discuss the overall change in the military. 34 Days in Lebanon was how long the Israeli Army battled (unsuccessfully) the Hezbollah guerillas to a standstill, basically. Army war planners have conducted no less than 5 simulated US vs. Hezbollah battles in war games to see how the US military would fare in this type of battle.

Discussion of the Israeli 34-day offensive is now a coded phrase, where people judge which side of the conventional vs. counterinsurgency debate you happen to fall on by how you view that operation. (For those who don’t remember, the Israeli army poured into Southern Lebanon to rout out Hezbollah but Hezbollah stood their ground and put up a stronger than expected fight, including knocking out a few tanks and blasting an Israeli Naval vessel with a cruise missile (which they got from Iran).