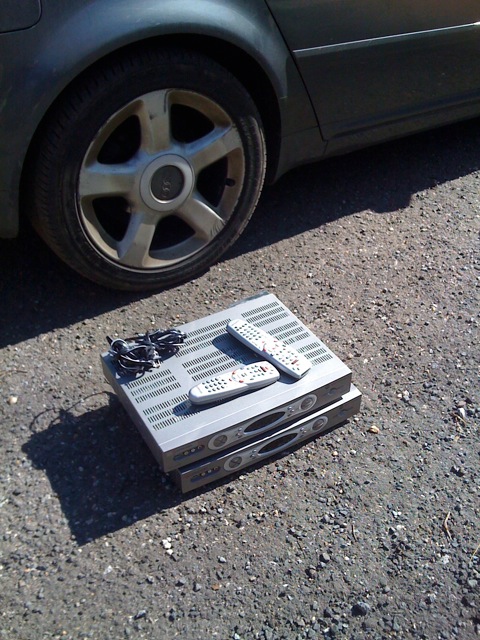 I dropped off the Cable Boxes this morning. It’s been a long friendship between me and that lovely pice of coaxial, but I realized if I’m truly going to get a taste of what else is out there, I’ve got to eliminate the ‘easy’ way of watching TV–flipping on the cable–and try the new new thing of IPTV.

It’s actually not going to be that tough, when you get down to brass tacks. I took a look at the list of channels that I have and separated the list into ‘Never Watched’, ‘Rarely Watched’ and ‘Watched Regularly’. The findings were somewhat interesting:

56 regularly watched channels, of which 30 were movie channels.

28 rarely watched channels, such as only when the Tour de France was on, or one specific show.

127 NEVER watched channels. I never ever switched over to these channels in the five years of having cable.

So my bill was $152 for 56 regularly watched channels, the majority of which were movie channels. I’ve already got a substitute for movies (Netflix, Redbox, Hulu and Joost) and the other main substitute, news, is being replaced by some online options, including adding the BBC 1-4 to my computer. 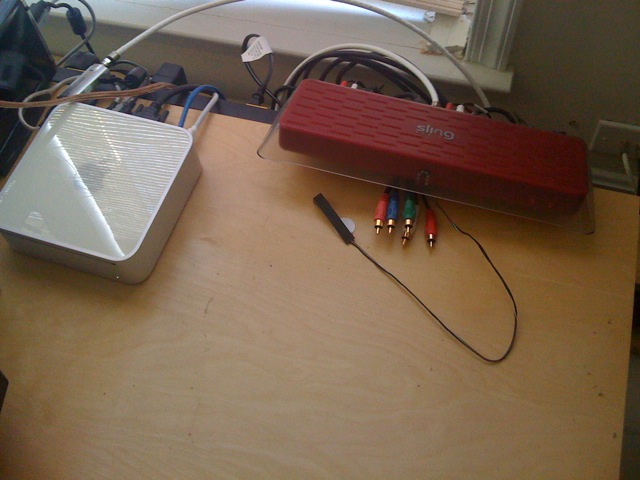 The hole where Comcast once was

Because I was going to cut my TV service, I would lose the ‘discount’ on my Internet. The discount was $17, and Comcast basic analog service (over the air channels) is $18, so I just went ahead and said ‘give me the channels anyway’. I still will pursue an HDTV antenna to see if over the air HD is possible out here in the boonies.

So now the real test starts more or less tomorrow (it takes a day to cut off service and I’m sitting here drinking up the last few moments of live CNBC as the market rallies). The upstairs TV is now neutered as I haven’t got the new computer set up upstairs (I need to fish the Ethernet cable through 3 floors of the house, something the wife isn’t really keen on my doing just now). But we haven’t watched the TV upstairs in about a week or so anyway so we should survive.