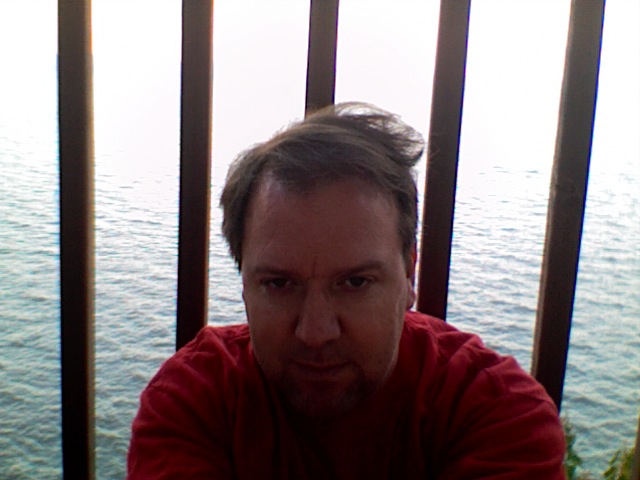 What it looks like after 36 hours in front of a computer monitor.

I’m sitting outside on the deck for probably the first time this year.

I’ve meant to do this for awhile as the weather has broken and Fall has arrived, but it’s been a rather hectic year with things and I never seem to find the time. Tonight I tried to take a nap (more in a moment) but was thrown upstairs by the nanny who saw me and made a scary face. If my son sees me around dinner time, it will be an hour of playing and no time for eating, so I’ve been, in essence, exiled to the upper floors until dinner is finished.

I spent about 36 hours this weekend trying to rebuild a database. This is probably the fourth or fifth time in the last three years I’ve had a major database meltdown, but unlike other cases, this time I had a pretty good back and the reasons for the meltdown were kind of strange.

Somehow, our database server crashed and a file got corrupted, hosting most of the information. Using the standard reboot procedures failed (curiously) so they had to move all of our data out of the folder and start again. But once they started again, the recovery tools (accidently left in a file) prevented the machine from restarting properly.

I spent the last 36 hours manipulating the backups on three different servers in the house, preparing them for uploading and getting the formats just right. Unfortunately we’re talking about 3 to 5 gigabyte files, and moving them around can take hours over a cable modem. Even moving them between machines in the house is a multi-minute affair. Running the reload command on the server takes nearly 2 hours. But we weren’t able to do that until they fixed all the bugs. This was a weekend in which I could have really used probably 4 monitors hooked up to my machine downstairs, not just two (and for those who don’t have two monitors, you don’t have any idea what you are missing–it changes everything).

This morning about 11 they fixed everything and we reloaded the data. We probably lost a few days worth of data, but I’m not that concerned. Actually I have the data here but I’m debating “two to three days to extract it vs. well, whatever” and the latter is winning out. Maybe later I’ll play with it a bit.

Our company is winding down. The developments in our space and the overall economic crisis have not bode well for things, though it looks like I may take repossession of some of the assets I brought to the table and be able to run them again as I see fit. This will be nice–no longer answering to others about this that and the other thing. Perhaps I’ll blog more about that later. This article on how to ‘fail’ with a startup has some very true points…

So now, I need to eat and take a nap (I didn’t get one earlier because the phone kept ringing) but I’m sort of stuck upstairs without any food and having to run out in a few hours to run an errand. Guess I’ll just post on the blog for awhile.