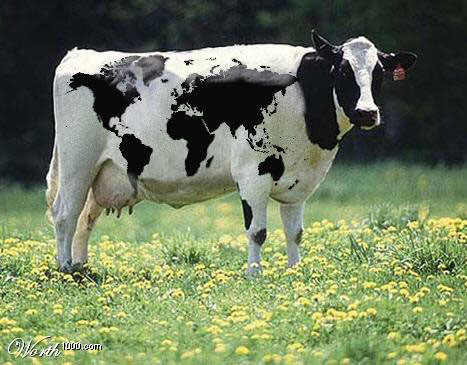 Many people are strongly against Global Warming not because it’s about the science or lack thereof, but because of the politics they know will come next. “It’s not about the climate. It’s about control of your lives” is a common thread to many.

And there is new ammunition for these folks today. An example is in today’s Guardian: Meat must be rationed to control climate change:

People will have to be rationed to four modest portions of meat and one litre of milk a week if the world is to avoid run-away climate change, a major new report warns.

The report, by the Food Climate Research Network, based at the University of Surrey, also says total food consumption should be reduced, especially “low nutritional value” treats such as alcohol, sweets and chocolates.

The report was published in a vegan magazine which immediately gets it a few knocks on the credibility scale, but I have no doubt you’ll hear an increasing call of others saying modern day agriculture is the problem, and an even louder call from the global warming opponents who are using this as yet another example of the ‘control’ issue they really see as driving the global warming debate.