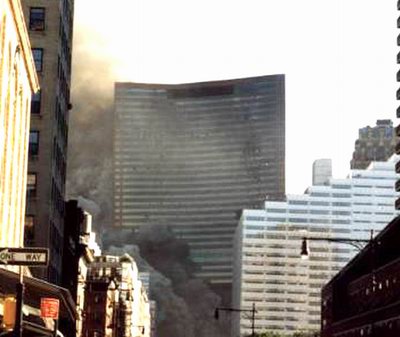 The truthers and fellow Unicorn hunters have some more data to play with and dissect today after the release of a three year study on the collapse of World Trade Center building 7.

“Heating of floor beams and girders caused a critical support column to fail,” said Shyam Sunder, the lead investigator. “Video and photographic evidence combined with detailed computer simulations show that neither explosives nor fuel oils played a role in the collapse that brought the building down.”

No one died when 7 World Trade Center fell, nearly seven hours after the twin towers came down. But the collapse of the adjacent tower — once home to branch offices of the Central Intelligence Agency, the Secret Service and to the Giuliani administration’s emergency operations center — is cited in hundreds of books and Internet sites as perhaps the most compelling evidence that an insider secretly planted explosives, intentionally destroying the tower.

Read the full NIST report before you leave a comment.