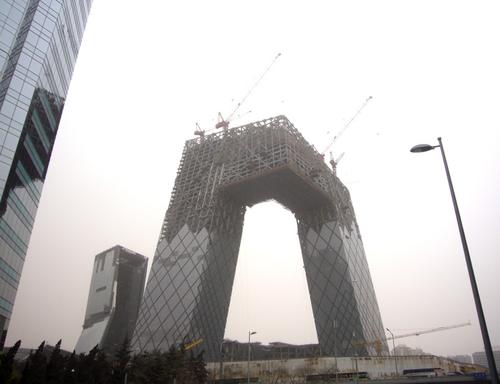 In case you were wondering how CCTV is paying for their new office building.

NBC is relatively happy with their ratings for the Olympics this year. Approximately 30 million people have watched the games. In contrast, in China, state broadcaster CCTV had about 840 million people watch the Opening Ceremonies and other events.

IOC officials have said this is the end of China paying lowball prices for the rights to the Olympics. Come the next games, it is expected that CCTV will have to pay at least $100 million for the rights. CCTV, with 18 channels and a $2 billion budget can probably afford it.