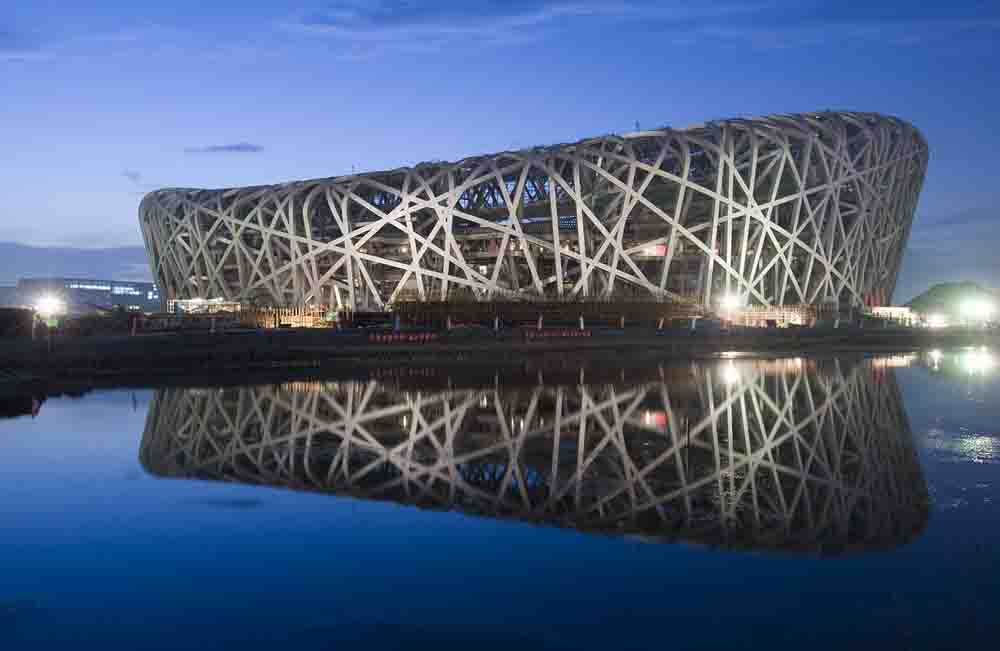 Wow is pretty much the universal accolade applied to last night’s multi-million dollar Olympic Opening Ceremony. The colors, creativity, and of course, masses of performers just amazed everyone and probably left the planners of the 2012 Olympics scratching their heads saying ‘how do we top that.’

Some of the early reviews are very positive, including the Washington Post’s media critic Tom Shales who said:

Eye-poppers gave way to jaw-droppers, stunners were followed by dazzlers, and if the absence of a big emotional catharsis was a little disappointing, the Opening Ceremonies of the 2008 Summer Olympics from Beijing still added up to one of the most visually beautiful evenings of television ever seen.

NBC reported the best overnight ratings of an non-US Olympic opening ceremony ever for what it’s worth.

The Guardian pointed out how the opening ceremonies were really a coming out party for China:

The ceremony that opened the 29th Olympic games last night outdid all of its predecessors in numbers, colour, noise and expense, demonstrating to the world that the new China intends to make its presence felt.

The New York Times has an guest opinion piece from a Chinese writer who wrote about what he felt after seeing the games.

I didn’t have a very high expectation for the opening ceremony. For the residents of Beijing, including me, it has been a seven-year journey with everyone fighting very hard to be a good host, building venues, cleaning up the cities……

But all of a sudden, while watching the opening ceremony with the sports staff from New York at the Main Press Center, when the song “Sing for My Country” played, and seeing the huge number of Chinese drummers, I felt this is the moment I’m proud to be Chinese.

The splendor of the show presented to the world the rich and beautiful history of our culture. If asked to name only one thing to be proud of, many Chinese would say it is the long history of our nation. But we’re so used to living in this rich culture that sometimes we forget how powerful it is. I was reminded of that tonight.

As for my review, a few observations.

China has always had people, and grand spectacles are nothing new to anyone who has watched previous Chinese festivals and New Years Celebrations and other grand galas. However, this one was definitely professionally produced (there were no cheap costumes like you’d find in a local Chinatown) and executed flawlessly. It shows what many have always known–the Chinese are disciplined when they need to be, and there are tons of them.

The two other things that might have been surprises to some are a) the engineering capabilities of the Chinese, be it the massive LED screen that laid flat on the walkway or the magnificent ‘rising Earth’ that rose from underneath the ground, but also b) China is developing (or has developed) a sense of their own creativity. For years people have thought of China as a factory of the world, building what others designed in the West. But as any Chinese watcher can tell you (especially if you’ve been to the design section of any Chinese bookstore) the Chinese are working hard to develop a sense of style–a creativity in design and engineering that would truly put them atop of the world economy. Simply being the $2 a day drones making DVD players is not that big of deal. Designing from scratch, manufacturing in mass, and developing your own standards for DVDs–that’s something the rest of the world has got to watch out for.

Last night was a message that China may be on the verge of striking out on her own.