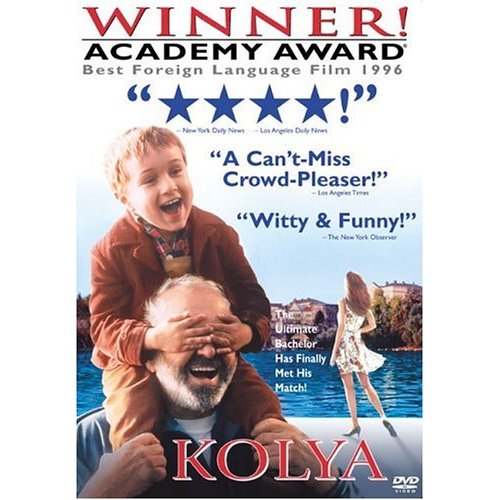 Yea, it’s an old one, but I was watching it the other night and by the time it was over all I wanted to do was go and spend some time with my son.

The plot’s pretty simple. Czech musician and playboy does a sham wedding to a Russian to help her get a travel visa (married people were more likely to return to Communist countries, so the thinking goes). Nonetheless, she bails out to West Germany in the final days of the Soviet empire and leaves her son with a relative. That relative gets sick, and sham husband gets stuck with the boy.

The bond eventually grows between them despite some language problems (the boy speaks Russian, the husband Czech) and they fight off the secret police investigating him for the sham marriage and eventually become very close.

It’s definitely worth seeing. I’m a bit of a sap (according to basically everyone) so I probably liked it more than the cynics, but if you are a father with a young boy I’d strongly recommend seeing this film and then spending a little more time with your child enjoying life and whatnot.

Oscar for best Foreign Language Film in 1997. More on it here – Koyla Wikipedia.