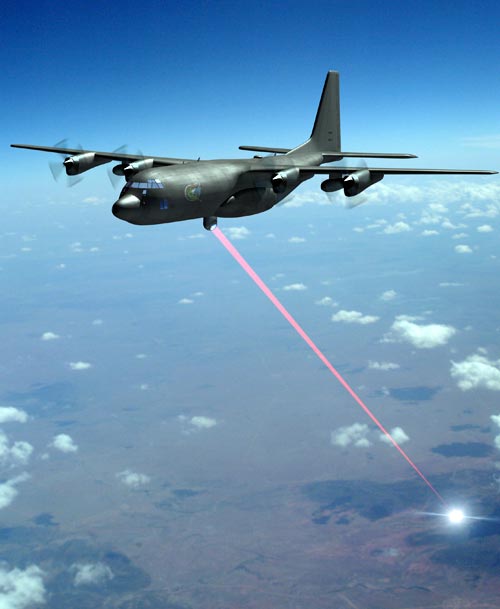 ST. LOUIS, May 19, 2008 – The Boeing Company [NYSE: BA] has fired a high-energy chemical laser aboard a C-130H aircraft in ground tests for the first time, achieving a key milestone for the Advanced Tactical Laser (ATL) Advanced Concept Technology Demonstration program.

The successful laser firing occurred May 13 at Kirtland Air Force Base, N.M.

“First firing of the high-energy laser aboard the ATL aircraft shows that the program continues to make good progress toward giving the warfighter an ultra-precision engagement capability that will dramatically reduce collateral damage,” said Scott Fancher, vice president and general manager of Boeing Missile Defense Systems.

After conducting a series of additional laser tests on the ground and in the air, the program will fire the chemical laser in-flight at mission-representative ground targets. The test team will fire the laser through a rotating turret that extends through the aircraft’s belly.

“Later this year, we will fire the laser in-flight at ground targets, demonstrating the military utility of this transformational directed energy weapon,” Fancher said.

ATL, which Boeing is developing for the U.S. Department of Defense, will destroy, damage or disable targets with little to no collateral damage, supporting missions on the battlefield and in urban operations. Boeing’s ATL industry team includes L-3 Communications/Brashear, which made the laser turret, and HYTEC Inc., which made various structural elements of the weapon system.