There has been some interesting tidbits dripping out about the new Swine Flu that is making its way around the world.  Already there is speculation that this was cultured in a laboratory and not naturally occurring, and some do wonder if it is a biological warfare agent or even an attempt on Barrack Obama’s life, but the reason is not alarmist conspiracy theories but due to the nature of this virus:

I do kind of wonder how the virus from Europe, Asia and the US all ended up together.  Or maybe it is some sort of mutation that created something that looks like all the regional variations.  This will be interesting to watch. (as for my preventive measure–no burritos for the time being and maybe I’ll stock up on some shotgun shells).]]>

Obama’s replacement will be given seniority in the 110th Congress, making that person one notch higher than the people who won election in November and will take their seats in the 111th Congress in January. That is if the Illinois governor can move quickly to fill the vacancy and if the lame-duck session next week accepts the appointment and swears in the new Senator.

While it likely won’t make a difference in the 111th Congress (outside of a slightly better office, perhaps) in the 112th and 113th that person (if they are still around) will be given better committee assignments and be higher up on the chain for a chairmanship than their colleagues who won election a few weeks ago. Not a bad deal for a few days worth of work in the 110th. 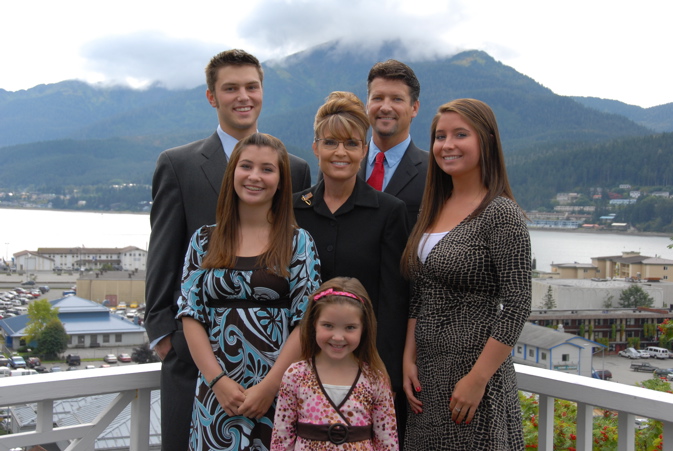 Earlier in the primary campaign season, Hillary Clinton was bringing in close to half of the African American vote, she made a bit of a gaffe saying the LBJ was responsible for getting the civil rights bills passed, not necessarily just MLK. This led to an incredible backlash amongst the African American community who were livid that Hillary had diminished the role of one of their heros. Obama’s African American support exploded to near unanimous levels, and these votes were instrumental in securing him the general nomination.

The ‘gaffe’ will go down in history as being a watershed moment in the Democratic primary, costing Hillary the election.

And now the Democrats are doing it all over again with Sarah Palin.

It’s an interesting parallel and one that the ‘open mouth, closed minds’ cannot see. The media and the left are up in arms about this that and the other thing as it relates to Sarah Palin. Many of the attacks on Palin are based on the ‘boogeyman’ caricature that the left holds about conservatives, especially religious conservatives. In their view, all conservatives are hyper-judgmental individuals who will scream ‘eek’ at the first sign of hypocrisy (as they see it). The reality is, of course, far different, but with the left doing battle with their own boogeyman they can’t really see beyond their own misperceptions.

The reality that is there but invisible to them is that many on the conservative side see what’s happening to Sarah Palin’s personal life as yet another example of ‘things that happen’ in life. That she failed to live up to the morals she espouses simply makes the need to fight for them all the harder, not (as many on the left believe) a reason to abandon them.

The second, far more important fact is that the attacks, getting rather personal, wildly inaccurate, or even with a hint of sexism are galvanizing the core of the Republican party. People who were going to go to the ballot and hold there nose and vote for McCain (and there were many) are now going to be volunteering at Get out the Vote functions and passing out literature to their friends. They’ll be on the ground, e*n*e*r*g*i*z*e*d in a way that no speech by McCain himself could have done. So visceral is the hatred of the way Sarah Palin is being treated by the media (enemy #2 to the Republican base) and the smug ‘far left’ (enemy #1 to the Republican base) that the continued pounding of Palin is recreating Hillary’s ‘LBJ/MLK’ moment with the Republicans that just may mean the difference come November.

Take a look at the website comments on any major site, such as Friendfeed, the Washington Post, wherever. Throughout the absolute vitriol being thrown at McCain’s VP candidate Palin is a surprising echo of some of the misogynistic comments we heard about Hillary in the primary. Questions about her looks, snide remarks even. Comments that she’s not fit to be a mother and a VP candidate. People reading into her tone of voice, clothes, etc. Everything they did about Hillary during the primary is being echoed and repeated about Palin.

Are Obama supporters so deaf to the world they can’t see this? Open mouths and closed minds has become the norm in politics today, but if they’re not careful their going to end up driving more and more Hillary voters away simply because of the way they’re attacking Palin.

As always, Google is showing the trend here.

We’ll have to see if they get the memo on this one before they do too much damage.

<![CDATA[CNN is reporting that a gaggle of reporters have started a stake out of VA Governor Tim Kaine as the likely Obama VP choice.]]&gt; </p>