I was watching a 5 minute video clip that made me smile. It was the highlights of the 1989 classic football match between Arsenal and Liverpool. For those who don’t know, Arsenal needed to win the game by two goals to win the championship of the year. Liverpool, having endured the FA Cup disaster at Hillsborough only a few months before, was desperate to win a game for the ones who died in that tragedy.

The game was absolutely amazing, and since most of you probably don’t know the results you can watch this video.

But that’s just an aside. The real thing that happened during this video was that I was smiling and quite happy, removed from the day-to-day grind which has been hanging over me for most of the year. I really didn’t care about the ‘task list’ that’s before me, and I think I’m coming to a decision that will change a few things.

Now that you have your new iPhone and you want to start writing applications, you’ll probably find one of the dozen or so ‘how to’ videos from Apple a great place to start. Unfortunately, while they updated the SDK and the Xcode application, they forgot to upgrade the tutorials.

So I, like a bunch of others folks, have been busy scrambling to follow ‘line 1′ of the instructional video and start the cocoa touch templates only to discover they don’t exist.

Never fear though–you can simply use the ‘View Based Application’ templates as a substitute.

The 3G iPhone has sold 1 million units in 3 days, despite the hassles and pain of the registration process. There have also been 10 million downloads from the application store.

The previous phone sold 6 million units and Apple wants 10 million iPhones by the end of 2008.

I wonder how many 2G iphones were replaced by 3G models. I’m sure that accounts for some of the 1 million, but we’ll see the overall numbers in a few months. The lines were still pretty long at the local Apple stores.

The BBC and other sources are reporting on the ‘angry rejection’ of the most recent Microsoft / Carl Ichan takeover bid.

“It is ludicrous to think that our board would accept such a proposal,”

Yahoo said in a statement.

“This odd and opportunistic alliance of Microsoft and Carl Icahn has anything but the interests of Yahoo!’s stockholders in mind,” Roy Bostock, chairman of Yahoo, said.

It has been a long drawn out affair, but the idea that you ‘MUST’ sell your company simply because it’s Microsoft offering the money has never quite resonated with me. I don’t get it. 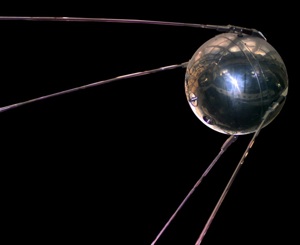 Macintouch reader reports are filled with others getting the same messages. And now with Itunes being overloaded with new subscribers and updates, the process is quite annoying. Some suggestions include removing any applications you downloaded prior and resetting the iPhone to the factory default. Perhaps I can do the manual update that was in the Macrumors.com site yesterday (I have the software somewhere). UPDATE: It’s due to massive overload of the activation servers (thanks ATT for your stupid requirement that phones be activated day one). UPDATE: Here is a thread about it on the Apple site. UPDATE: The Washington Post chimes in. UPDATE: The 9838 error is a problem connecting to the iTunes server. I was able to connect and reactivate and complete the upgrade at 12:53 EDT. Your mileage may vary. I should note that the v.2.0 upgrade which was ‘stalled’ mid-upgrade ‘took’ and when the phone got back online it was running 2.0 (you’ll see an icon for the App Store and a new icon for Contacts). More updates as the day goes on…]]>

Just posted this on Doc Searls blog. This is a complaint of many, the pre-1994 dearth of materials on the web. It’s such a shame because so much of that information is already out there, just locked behind stupid walls and not properly indexed.

Another growing problem is the reordering of Google to reflect ‘new content first’. For example, I was doing some research on President Clinton’s attacks on the privacy of Americans. I specifically recall when I worked on Capitol Hill saying to myself when one of these bills passed ‘if the US ever goes Orwellian it will be these bills people look back on as laying the groundwork’. Unfortunately, as we have moved more and more toward the always observed society, I wanted to do some research back to that anecdote from pre-1994 and did some Google searching. Not only was there a lack of information about the bill that passed, but new stories about Hillary Clinton and her views on the Patriot Act / privacy / security etc. took the first 10 pages or so of Google more or less. You know one place to start in cataloging the old stuff would be the ‘morgues’ of dead newspapers. For example, the ‘morgue’ of the Washington Star newspaper sits in dusty file cabinet after file cabinet in the MLK Public Library in downtown DC.