There used to be a show called Danger UXB which told the story of the bomb defusers in the UK fighting the legacy of World War II. But here’s an interesting piece from the German side of things, published today in Der Spiegel.

In the whole of Germany, more than 2,000 tons of American and British aerial bombs and all sorts of munitions ranging from German hand grenades and tank mines to Russian artillery shells are recovered each year.

Kind of interesting is the reason some didn’t go off. Soil conditions and gravity prevented some of the chemical triggers from activating 60 years ago.

An estimated 20,000 delay-action bombs were dropped on Oranienburg during the war because it had a suspected atomic bomb research site, the Heinkel aircraft factory and a pharmaceutical plant. They were designed to explode between two and 146 hours after hitting the ground, to disrupt clearing up work and cause chaos.

But many failed to go off because Oranienburg has soft soil with a hard layer of gravel underneath. That meant bombs would penetrate the earth, bounce off the gravel and come to rest underground with their tips pointing back upwards. In that position gravity stops the chemical detonators from working. They contain a vial of acetone which bursts on impact and is meant to trickle down and dissolve a celluloid disk that keeps back the cocked firing pin.

But when the bomb is pointed upwards, the acetone seeps away from the celluloid, leaving only the vapors to wear the disk down. 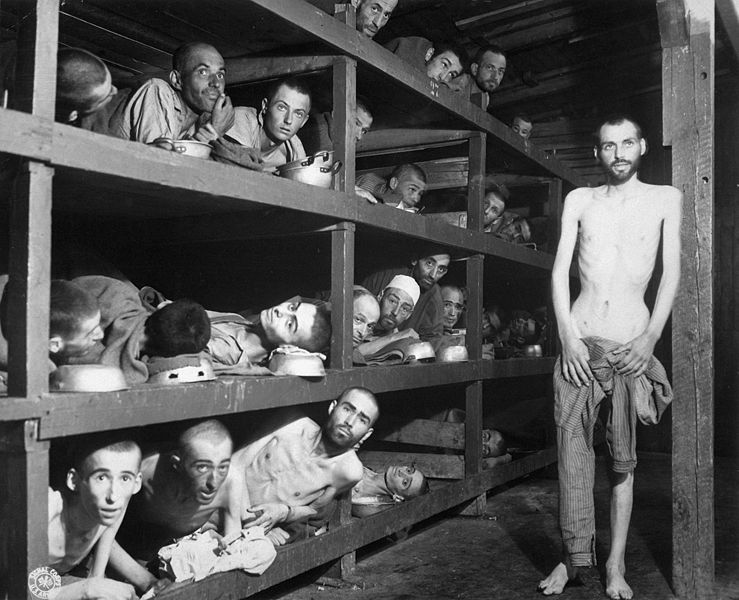 The men who witnessed this firsthand are now passing away.

Buchenwald, one of the largest concentration camps on German soil, was liberated on April 11th by four men (followed quickly by the rest of the US Army). One of those four, James Hoyt, passed away today, taking with him the memories of the horror he saw nearly 60 years ago.

A detachment of troops belonging to the US 9th Armored Infantry Battalion, US 6th Armored Division, US Third Army arrived at Buchenwald on 11 April 1945 under the leadership of Capt. Frederic Keffer. The squad, which consisted of PFC James Hoyt, Capt. Frederic Keffer, Tech. Sgt. Herbert Gottschalk, Sgt. Harry Ward entered the outer perimeter of the camp and reported its location to higher command. The four soldiers were given a hero’s welcome, with the emaciated survivors finding the strength to toss them into the air in celebration. On the same day, elements of the US 83rd Infantry Division overran Langenstein, one of a number of smaller camps comprising the Buchenwald complex. There the division liberated over 21,000 prisoners, compelled the mayor of Langenstein to send food and water to the camp, and sped medical supplies forward from the 20th Field Hospital. Third Army Headquarters sent elements of the US 80th Infantry Division to take control of the camp on the morning of 12 April 1945.

I can rarely read the obituaries nowdays without seeing the passing of men and women who lived during World War II and saw things that few others ever would see. It’s sad to think of how much wisdom and knowledge is passing away day by day, unrecorded and never to be obtained again.