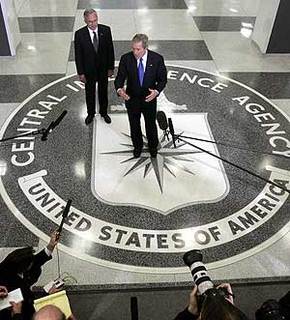 No, you cannot friend him or be his buddy.

CNN has a story about a new social network for CIA, NSA and other Intelligence agencies. Using some of the same software as existing social networks, A Space will allow greater ease of information sharing amongst intelligence staffs in the US government. No, you cannot join. It’s only on the government’s classified network which is not part of the general Internet.

The goal of A-Space, like intelligence analysis in general, is to protect the United States by assessing all the information available to the spy agencies. Missing crucial data can have enormous implications, such as an FBI agent who sent an e-mail before September 11, 2001, warning of people learning to fly airplanes but not learning to land them.

“There was the question, ‘Was that a dot that failed to connect?’ Well, that person did this via e-mail,” Wertheimer said. “A-Space is the kind of place where you can log that observation and know that your fellow analysts can see that.”