<![CDATA[Another Summer, another Marvel comic book movie. Had a chance to catch <a href="http://marvel.com/avengers_movie/">Avengers, or Avengers Assemble for those in the UK, because, after all, Emma Peel and John Steed are the only Avengers the UK needs. While not really a comic fanboy, I have read more than my share during my youth, though never really venturing into the Avengers or X-Men or any of the other superhero “teams”. So as a slightly interested observer, what’s my one word synopsis for this newest comic offering? How about “fun”. Well actually it’s a bit more than that. It’s definitely better than some of the Marvel films of recent years, maybe even one of the best. I think the  folks at Neonpunch are not that far off when calling this “awesome” though they are far bigger fanboys than I. 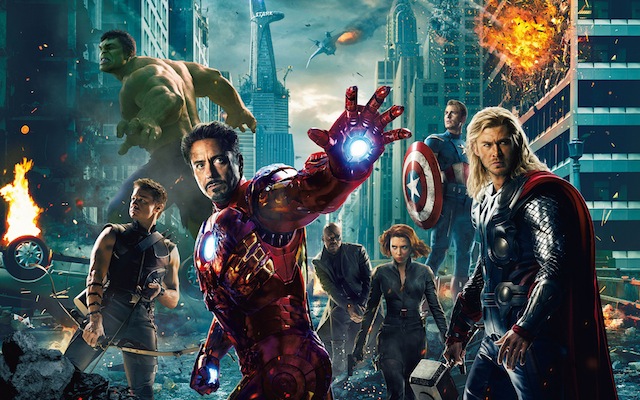 The stage has been set for this movie for the last couple of years, with S.H.I.E.L.D and Sgt. Fury being introduced in sort of a cameo way across a multitude of Marvel films over the last few years. Over the past five years we’ve had:

The movie stars Robert Downey Jr. (Iron Man), Mark Ruffalo (Hulk), Chris Evans (Captain America), Chris Hemsworth (Thor), Scarlett Johansson (Black Widow), Jeremy Renner (Hawkeye), Samuel L. Jackson (Nick Fury), Tom Hiddleston (Loki), Stellan Skarsgård (Dr. Selvig) and Clark Gregg (Agent Phil Coulson). These are all reprising their roles from the other films. There’s also a neat scene with Harry Dean Stanton, the original Repo Man, and of course the cameo by Stan Lee that we’ve come to expect in these comic book adaptations. So real quick, basic plot summary without too many spoilers. Loki, the “brother” of Thor, teams up with some Chitauri lizard dudes to attack and rule the Earth. The various superheroes comprising the Avengers “assemble” together to meet this threat. I mean, really, is there much more of a plot needed? [caption id="attachment_3825" align="alignright" width="300" caption="Want."] 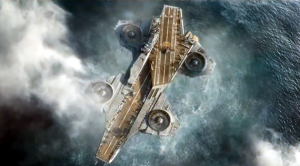 [/caption] In between this and the finale you have a few internal squabbles with Avengers battling one another as they come to grips with the fact they need to fight together against a far bigger threat. You also have some cool scenes of the S.H.I.E.L.D. flying aircraft carrier, which was probably the coolest of the tech in the film. There were also quite a few “glass”-based computer monitors, kind of like the Corning / Microsoft “visions of tomorrow” monitors we’ve seen in futuristic viral videos. While for some watching this movie made them want to go home and suit up in their own superhero costumes, for me it had me going home wondering “how many monitors could I fit on my desk, really“. The story was actually pretty tight, but I do wonder how it would gel with someone who hasn’t seen some of the other films. The cosmic cube of Tesseract which was in Captain America and Thor plays a vital role in this films, and characters like Agent Coulson, who we’ve seen through the last several films are also quite important. Not sure if a non-comic book fan, non-movie goer would get this, but then again, if you have’t seen the previous five movies and are going to this one ‘cold’ what are you thinking? [caption id="attachment_3824" align="alignleft" width="400" caption="Want, also."] 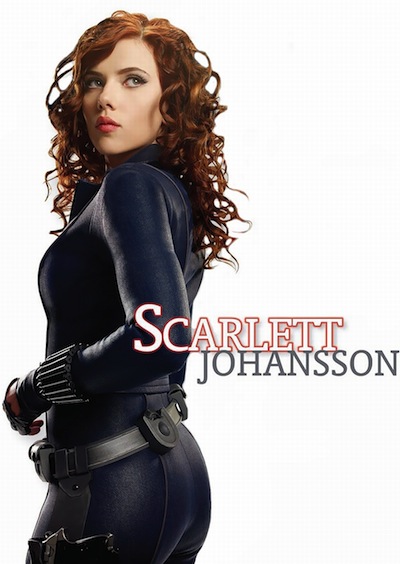 [/caption] As far as the acting goes, basically the first half of the movie was Iron Man, and the second half was the Hulk. While the story is being set up you find yourself basically waiting for the next Tony Stark quip and witty sayings while everyone else does their superhero bits, some of which came across as a bit wooden. But the second half, or more appropriately, the finale, is really all Hulk. The Hulk’s simple comic touches outdoes the cracking witticisms of Robert Downey Junior, and when the Hulk meets Loki “monologuing” it was definitely the high point of the film. From taking out the giant armored turtlefish (yea, you’ll see) to simply wiping the floor with Loki, the Hulk simply stole the show. If I had to nitpick, I guess I would quote Loki when he talks about people being ants and he the boot. In all too many alien invasion movies we see the aliens come down and due combat with the Earth “one on one”. If you are a superior civilization with advanced technology, the last thing you are going to do is go around trying to kill each and every person in each and every corner of the planet. No, you’re going to nuke the place from above and then clean up after the smell is gone (i.e. just like you do with bug spray and bugs). I’d also have to say the 3D is pointless. I found myself barely noticing it when it was taking place, and wishing it was more prevelant in other scenes. I mean, if you are going to show Scarlett Johansson’s curves in spandex, why can’t that be in 3D? Anyway, this isn’t going to have you talking to your friends about the meaning of life, but if you are sitting around this weekend and want a good “fun” movie that your geek friends think is “awesome” and that you’ll probably enjoy while eating some popcorn, you won’t go wrong this film. p.s. Thanks to the folks at Norton Hong Kong for the passes. ]]>