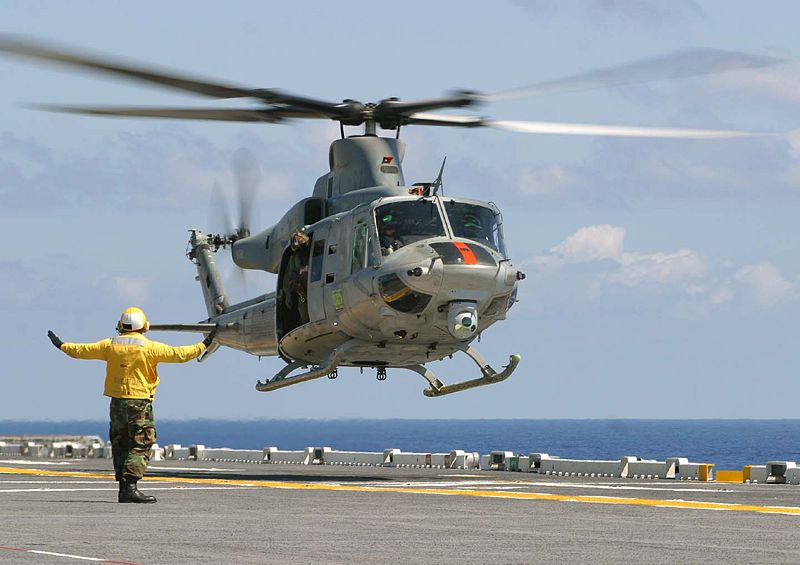 Yea, this helicopter has sort of been around for awhile. It’s 2008 and a helicopter design first laid out nearly 50 years ago is still going strong in the service, especially with the updates to the UH-1Y variant that met ‘Initial Operating Capability ’ standards last week. Originally these were going to be updated versions of existing helicopters, but after trying that out the Marines decided to build these new choppers from the ground up.

The first helicopters will go out with the fleet early next year with with the 13th MEU aboard the USS Boxer.

Sadly, I haven’t seen one of these in person yet, despite them being tested at PAX river. Should one fly by the house I’ll try to snap a picture.