<![CDATA[The other night at the <a href="http://www.dimsumlabs.com/">Hong Kong Hackerspace DimSumLabs I gave a quick two-minute presentation on some of the more ‘elegant’ solutions for hydroponic growing that I had found. With a wife who would literally kill me if I was to install a “bunch of tubes” of PVC in the house, I’ve been on the lookout for something more consumer friendly and visually appealing.  It’s actually been a bit surprising how little is really out there, and nice to see some DIY projects starting to recognize the need for something a bit prettier than PVC. The first thing I found was an Ikea hack called Eliooo. There are several different varieties using standard off the shelf Ikea products, primarily the TROFAST system. 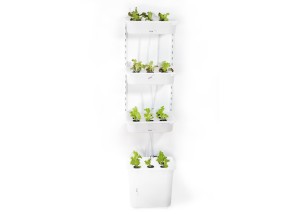 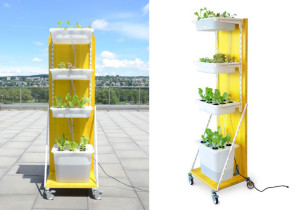 I like this solution as it falls within my price point (next to free) but doesn’t look like a bunch of tubes.  I also have a number of TROFAST lying around the house (kids’ toy boxes). I may end up building the one with rolling casters as that would suit my small house well and I could move it in and out of the sunlight as needed. At a bit higher end, there is this Urban Cultivator project.This looks more like something I’d put in my kitchen (if I had the space) or a product I’d like to build myself. I’ve actually talked to a few home appliance manufacturers in China about repurposing a ‘dorm fridge’ or a ‘wine fridge’ as a hydroponic facility.  Urban Cultivator actually makes a home and kitchen version, which is pretty impressive. 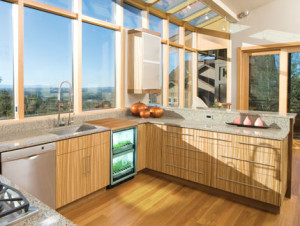 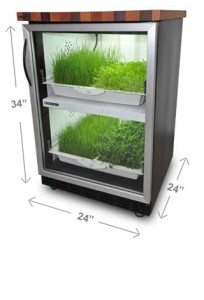 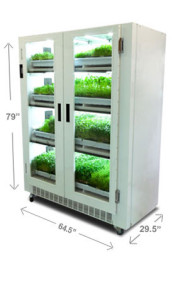 One of the nice things about this unit is that it has a built in computer system to handle most of the growing process.  You can see it in action in the video from the company.   The final, and probably most impressive unit, comes from the prototype department at Philips, which is both a good and a bad thing. It’s good in the sense that the big boys are seriously looking at home hydroponic solutions, and that they have put some serious thought and design effort into building something incredibly beautiful, but it’s bad news in the sense that it’s from Philips. Something this cool and impressive will never come from a big behemoth company that will have 100s of employees and bean counters fighting for some way to kill the project instead of a few dozen pushing it. Still, it’s nice to look at: 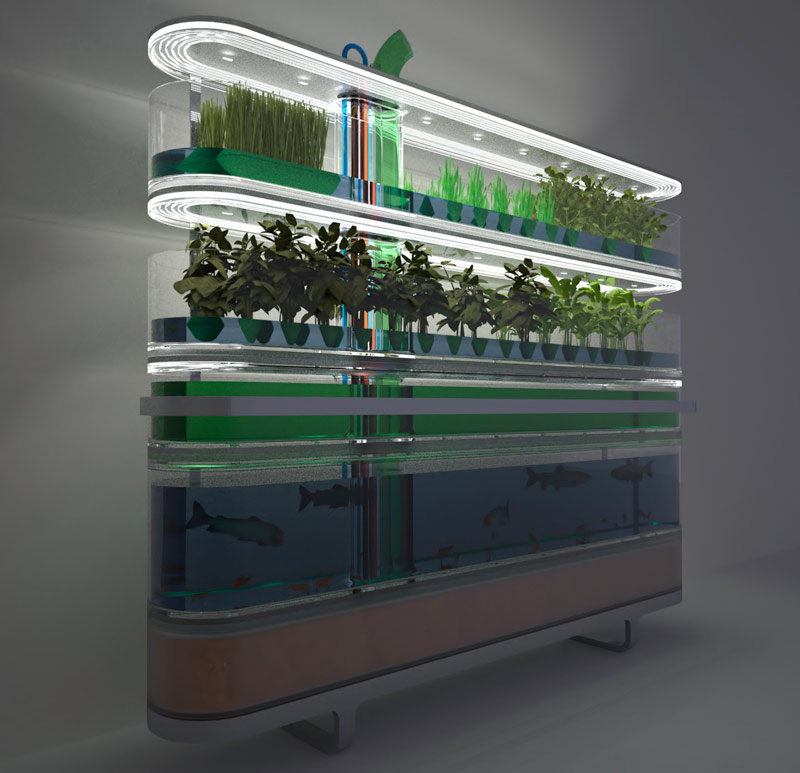