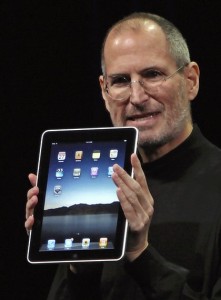 I was up in Sham Shui Po today, looking to buy an Android tablet.  The reason I didn’t buy one was kind of interesting.

Sham Shui Po is basically Shenzhen’s outlet in Hong Kong.  The Golden Computer arcade is a collection of “China Generic” computers and parts, and you can pick up pretty much anything technically related from the iPad down to things like cables, iPhone cases, and other tiny computer parts (what we referred to as the “pocket lint of the tech industry”).  In the street markets around there you have dead ducks hanging from a hook next to a hook full of HDMI cables.  It’s pretty wild.
I’m not really in the market for another tablet, but if I saw one I liked I was ready to shell out to buy an Android tablet

primarily for some projects I’m working on.  But I’d have to see the right one before I’d buy as I wasn’t out to just get any Android tablet–I wanted the best I could buy (and one that I could eventually run Honeycomb on safely).  So what did I see?
There were dozens, and not a single one was even remotely worth buying, let alone being an iPad killer.  They were brands I had barely heard of, and, of course, the dozens of China generics still selling themselves based solely on the ‘specs’ of the hardware rather than the overall experience.  In the end I just couldn’t justify buying one of these things that would likely become a coaster in the next few months when something better came along.
I keep hearing that Android will due to the iPad/iPhone (iOS) what Microsoft did to Apple.
Do you really think so?
People tend to forget that Microsoft did not succeed because there were dozens of computer makers pushing it.  There were several competing OS standards back during that time all of which could have become “the standard” if they had the ace up their sleeve.  IBM.  Microsoft got their biggest boost because IBM was using it.
At the time, IBM was the be all, end all of computers.  No one would go wrong buying an IBM system and when they introduced their PC it was by far the market leader in the enterprise purchases. Commodore and Compaq and HP and Dell and all the assorted others were but a mere sideshow to the big boy on the block that was giving Microsoft cachet into the tech industry.  Within 3 years, IBM PCs were nearly 50% of the computer industry, and their use of the Microsoft OS went along for the ride.  It wasn’t necessarily Windows that beat Apple, it was the IBM-compatible that beat Apple back then.
So who is Android’s IBM?  What company out there today making Android tablets is the “big boy”–the flagship for the fleet of Android tablets that are going to be coming out?  Is there any hardware company that could possibly get to 50% of the tablet market share?  Nokia? (nope).  Dell?  Wait and see.  HP? Samsung?  Anyone?  Bueller?
Who is the 800 lb gorilla in the room this time?  Apple, to be honest.
What would have happened in the early 1980s if IBM had launched the IBM PC with their own (licensable) operating system?  If IBM was selling machines with an OS that they were licensing to clone manufacturers, do you really think Microsoft would have stood a chance?  They would have just been some company that made a few BASIC games and then went poof.
Apple, of course, is not licensing out there iOS behind the tablet, and this may prove problematic one day, but Android is not being used by any company that is a “MUST HAVE” in the technology industry either.  There is no IBM tablet on the horizon, and the best of the best of the best that you see today (Samsungs, HP) are being dwarfed, by an order of magnitude, by sales of new iPads and holdouts waiting for iPad2.
So next time you hear tale of Apple’s demise due to the power of Android don’t necessarily think history is about to repeat itself again.
]]>

2 thoughts on “Why Android v. Apple isn't like Microsoft vs. Apple”