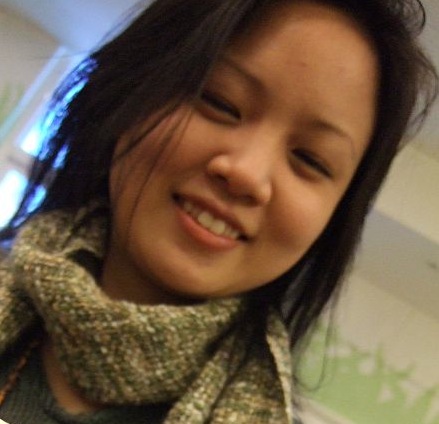 A friend of mine, Dr. Liana Chua has published a book. No, it’s not an international spy novel, or a trashy romance, but a deep thought academic book ready in the cloistered Ivy covered halls around the world.

How do we know? Evidence, Ethnography, and the Making of Anthropological Knowledge

Since its inception, modern anthropology has stood at the confluence of two mutually constitutive modes of knowledge production: participant-observation and theoretical analysis. This unique combination of practice and theory has been the subject of recurrent intellectual and methodological debate, raising questions that strike at the very heart of the discipline. How Do We Know? is a timely contribution to emerging debates that seek to understand this relationship through the theme of evidence. Incorporating a diverse selection of case studies ranging from the Tibetan emotion of shame to films of Caribbean musicians, it critically addresses such questions as: What constitutes viable anthropological evidence? How does evidence generated through small-scale, intensive periods of participant-observation challenge or engender abstract theoretical models? Are certain types of evidence inherently better than others? How have recent interdisciplinary collaborations and technological innovations altered the shape of anthropological evidence? Extending a long-standing tradition of reflexivity within the discipline, the contributions to this volume are ethnographically-grounded and analytically ambitious meditations on the theme of evidence. Cumulatively, they challenge the boundaries of what anthropologists recognise and construct as evidence, while pointing to its thematic and conceptual potential in future anthropologies.

Liana is doing her post-doc work at Gonville and Caius college (yea, from Chariots of Fire in case you were wondering). And no, I haven’t read it. I’ll put it on the list of things to do…

The Washington Post has an interesting tidbit that you might not have heard about. During a previously disclosed attack on the Pope, it was not released that the Pope was actually stabbed and bleeding as a result of the incident.

On May 12, 1982, the pope was visiting the shrine city of Fatima in Portugal to give thanks for surviving a first assassination attempt a year earlier on May 13, 1981, when he was shot in St Peter’s Square by Turkish gunman Mehmet Ali Agca.

A crazed ultra-conservative Spanish priest, Juan Fernandez Krohn, lunged at the pope with a dagger and was knocked to the ground by police and arrested. The fact that the knife actually reached the pope and cut him was not known until now.

“I can now reveal that the Holy Father was wounded. When we got back to the room (in the Fatima sanctuary complex) there was blood,” Dziwisz says in the documentary.

I’ve been thinking about it for awhile. I’m still not entirely sure what the right answer is just yet though. Before you go off on the standard arguments, let me give you a bit of background.

I live in the country. Very isolated country. I have five neighbors, one of whom is a drug dealer. There is a one mile forest on one side of me, a US Navy reservation on the other, the water for about 15 miles to the East and a few lower income homes to the West up a big hill. We are easily 5-10 minutes from any hope of law enforcement in a crisis situation. We also have a wide variety of woodland critters, from foxes to snakes (many of the latter, one of which can be poisonous).

We live outside of DC, about 35 miles away. Our town is a bit off of one of the major evacuation routes of the city, and yes, we do think about mass evacuation and terrorist attacks living in DC. We also have natural disasters mainly in the form of hurricanes, the last of which resulted in the National Guard being deployed and checkpoints to keep out looters.

Now here are the negatives. I don’t want a gun.

While I understand it is a tool for things like wild animals, and I might actually use it more than others, it’s not something I suspect I’ll need anytime soon. I also have a kid, and the thought of him ever finding it scares the hell out of me (I should note that if we do get one, we’re having our contractor build a secure and nearly ‘invisible’ safe area where it will be stored, a la James Bond). It would be my goal for him to never know it was here.

Finally the idea that society is broken to such an extent that I have to arm myself is one that I haven’t quite gotten my head around just yet. I don’t think that is necessarily the case, though I may actually have my head in the clouds a bit. I do fear a major breakdown in civil order, i.e. a mass evacuation of biologically infected people following a terrorist strike or something, but I’m not sure that is on the horizon just yet (and as crazy as that sounds, just go watch the near riot situations in the evacuations from Hurricane Ike and Rita down in Texas). I don’t think we’re in a zombie status, but folks outside of the DC area never quite ‘get’ the terrorist threat like you do living in a target zone. It’s something that you do think about here when you drive past the armed checkpoints on Capitol Hill or see the anti-aircraft missiles hidden away on military bases in DC.

So for now, I’m still thinking about it. I don’t think it will be a purchase this year though, but it will be something I think about some more.

Anyone who has been on the Tube in the Summer has asked the same question–where is the AC?

London isn’t normally that hot, so AC has always been seen as a bit of a luxury. But after a few Summers of really disgusting hot weather, the folks in the Underground caved in and decided it was time for an air conditioned Tube car.

It will still be a number of years before we see them on all lines, and some lines will not get these new cars as they won’t fit in the tunnels.

The new trains will be the first on the Underground to have air conditioning. This is possible because the subsurface lines run just below street level in large well ventilated tunnels built for steam trains, so heat from the air conditioning can escape. On the deep Tube lines this isn’t possible because of their depth and smaller tunnel size, so we’re exploring other ways of cooling them. 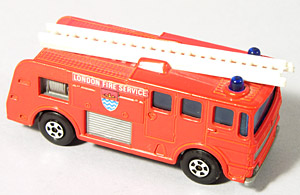 Ready for the next generation.

I spent today cleaning the garage. It took about 4 hours and I’m not done yet. I’m a hell of a lot farther along than I’ve been since I moved here (i.e. I can easily park the car in the garage) but there is still a lot of stuff that needs to be gone.

While cleaning I went through the boxes housing my old electric trains. Talk about a walk down memory lane. I came across a bunch of things I haven’t seen in decades and can’t wait to get them set up and running again (though that will require a new house with some extra room).

I did happen to find some Matchbox cars though. I brought them in the house and the boy was quite excited. New cars to play with was the highlight of the day. One of my favorite is the London fire truck I got when I was about five or six. It’s a lot more beat up than the picture above, but it still has the ladder (I never lost it) and rolls pretty good. We’ll see if it stays that way through the next generation of user. 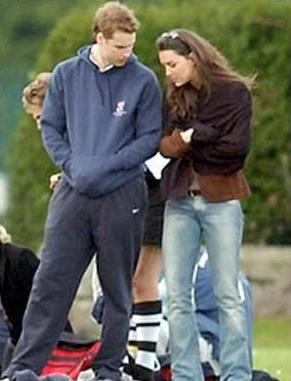 It was the ultimate expression of road rage. A furious woman driver died after ramming another vehicle and spinning her wheels so fast that her own car burst into flames.

Serena Sutton-Smith, 54, burnt to death after refusing to get out of her Vauxhall Nova as she sat with her foot flat on the accelerator.

She spun the wheels so fast that her tyres disintegrated and the metal rims sent a shower of sparks into the engine, igniting the brake fluid and setting the car on fire.

Appalled onlookers urged her to get out of the car as the flames licked around her but she told them to “F*** off”, an inquest in Gloucester was told.