UPDATE: Through a little URL sniffing I found this English-sign up page. More and more I’m hearing folks ask me how do you sign up for Weibo in English, so I thought I’d make a quick little guide with the help of my translator (i.e. wife). The easiest way to do this is to download Google Chrome and get the translation extension that will translate, on the fly, any webpage.  Now the English-Chinese translations are never quite perfect, in fact, they’re usually quite a bit worse than say English-Spanish or English-French, but you can get the general idea of what is going on through those plug-ins that will do the translation for you. If you don’t have Google Chrome, here is what the first two pages say when you get started with Weibo. Goto http://www.weibo.com Click the Blue button at the top right. 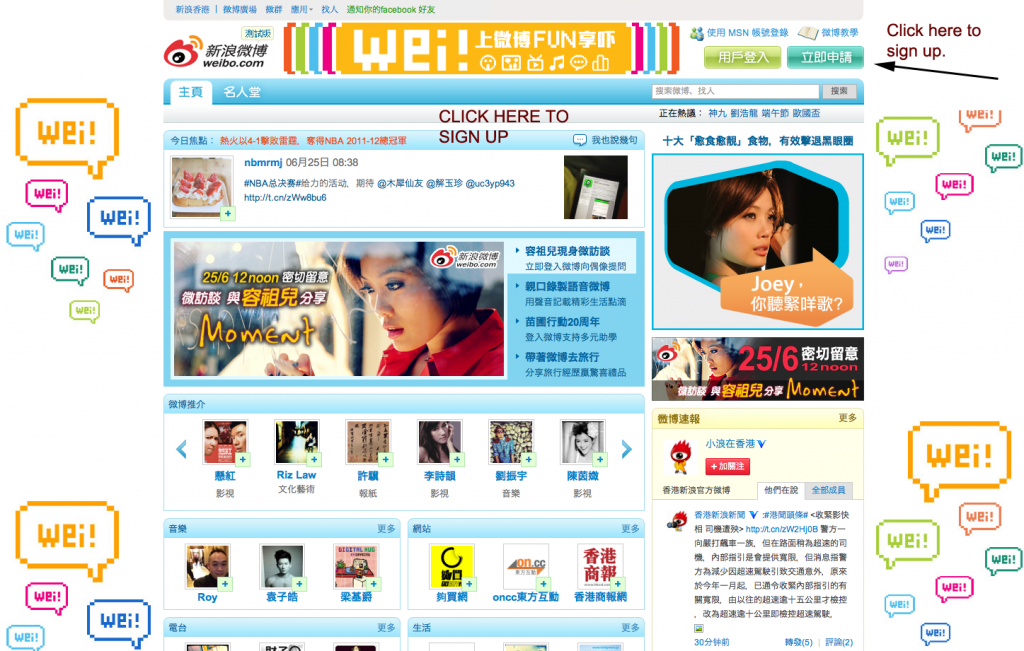 That will take you to the details screen, where you enter the details as follows.  When you click the submit button at the end, you’ll get an activation notice saying that an email has been sent your email address.  Click the link there and you should be good to go. 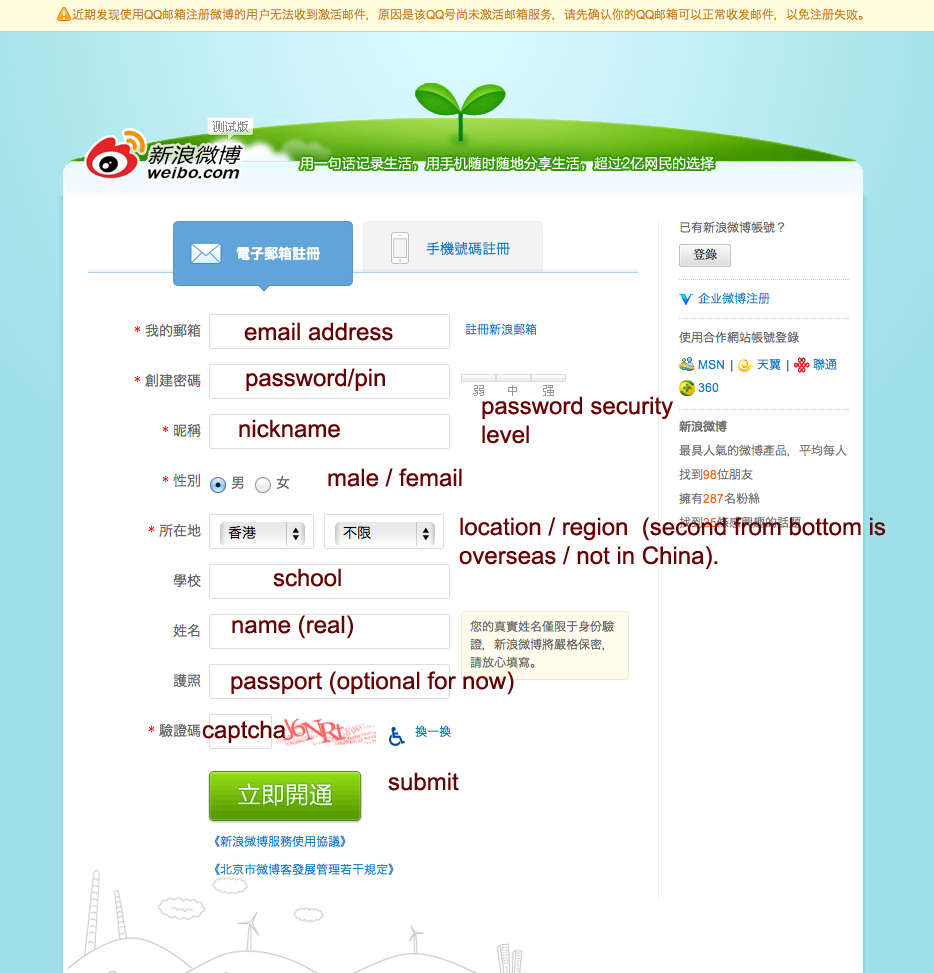 Now, as for who to follow, I’m creating a list of English-speaking Weibo users on another site.  Will have that up shortly.  ]]> 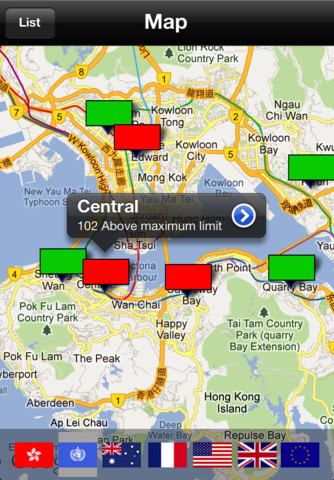 8 Securities is a Hong Kong startup in the online trading space that will be launching their products very soon. As part of their rollout, they’ve been developing a series of viral videos, this time starring not only a really attractive woman but also my friend Casey from neonpunch.com (the cigar chomping man). Enjoy the chase. ]]>

love to line up to get it.  In fact, this line of about 150-200 people outside the Hong Kong Apple Store isn’t even “official”–it’s just people milling about waiting to get into the official line that will start “soon” according to some in the know. The local paper (paywall) reported that a scuffle broke out between some of the early liner-ups-to-line-up and some more recent professional line sitters, predominantly South East Asians hired by the iPhone smugglers of Mongkok and Mainland China. Here are some pics of the wackiness.  We’ll have more Friday when the iPhone 4S goes on sale at the Apple Store in the IFC Mall.   [gallery link="file" orderby="ID"]]]>